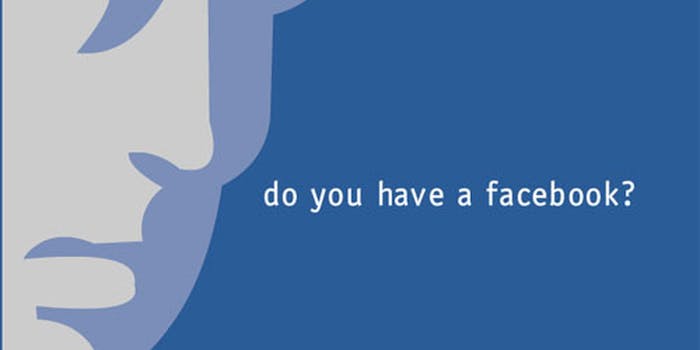 Facebook users may lose right to vote on site changes

Unless 300 million of Facebook's 1 billion users protest, Facebook's policy of allowing users to vote on policy changes will soon be abolished.

Unless 300 million users say otherwise, Facebook is abolishing your right to vote.

The company announced on its site and via an email blast sent out to its 1 billion users that it was proposing updates to its Data User Policy and Statement of Rights and Responsibilities— the two documents that govern the site. These modifications would take away subscribers’ right to vote on future privacy changes.

Under the current system, Facebook users have the right to vote on any policy changes if said modifications receive 7,000 comments. If 30 percent of Facebook’s entire user base participates in that vote, whatever they decide passes.

But Facebook wants to get rid of that process altogether. The company is “proposing to end the voting component of the process in favor of a system that leads to more meaningful feedback and engagement.”

The company is citing its large growth and the fact that it’s publicly traded as the reasoning behind the change. Elliot Schrage, Vice President of Communications, Public Policy, and Marketing writes:

“When we held our second global site governance vote in June, we indicated that we would review our site governance process in light of the growth of both our community— to over one billion users— and our company—which is now publicly traded and accountable to regulators around the world. Our intention was to make sure the process still served its original purpose.”

Schrage also argues that the current system is inadequate.

“[We] have found that the voting mechanism, which is triggered by a specific number of comments, actually resulted in a system that incentivized the quantity of comments over their quality.”

Under the new policy, Facebook users will have an opportunity to submit questions about the privacy in a new feature called “Ask the Chief Privacy Officer.” Erin Egan, the individual who currently holds the position, will host webcasts “on a regular basis” to answer any questions or concerns Facebook subscribers might have, but they won’t be allowed to vote on any future privacy tweaks.

Theoretically, Facebook users can prevent these new measures from taking place. As of this writing, more than 7,000 comments have been left on Facebook’s Site Governance page, triggering a vote.

But the probability of 300 million people voting against the proposed changes is very slim. When Facebook last made a change, only .038 percent of the entire user base cast their vote. Barring an act of God, it appears Facebook will end user suffrage.

So what does this all mean? For starters, it would give Facebook carte blanche to use whatever information you provide to them however they see fit. It could also mean that the company can choose to not give its users the ability to opt into or out of features like “Sponsored Stories,” which could shield the company from future class action lawsuits.

In the past couple of months Facebook has been working on settling one such lawsuit where the plaintiffs alleged that the company used their likeness in ads without their consent.

Facebook will allow users to review and comment on the proposed changes until Nov. 28, when it will close down commenting at 9:00 AM PST.