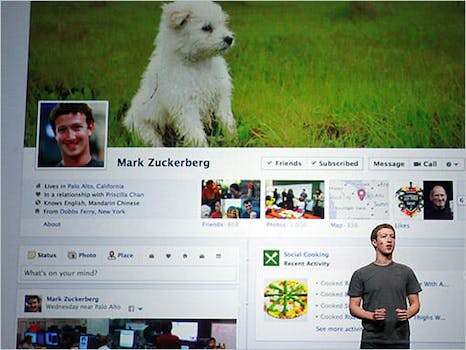 Users who prefer their old profile over the promised "Timeline"—which Facebook promises will one day become standard—appear to have gotten another stay of execution.

Employees discussing the delayed launch of Timeline—on their own profiles—tipped an eagle-eyed Mark Aruda, who runs the profile customization service First Covers, to the delay in the rollout of Facebook’s somewhat controversial “Timeline”. Aruda, who was looking for hints about the launch when he spotted this quote from Facebook executive Mark Shroepfer , “we are still testing with developers – hope to roll it out for wider testing before the end of the year.” As reported by PaidContent.org, the delay invites an even closer level of scrutiny to a feature many users aren’t so certain they want.

Facebook had originally planned to roll out Timeline in late September. The company has repeatedly delayed the launch to all users of its 800-million member social network, but some users have voluntarily switched over to the new profile. Meanwhile, it’s not clear whether or not a lawsuit by Timelines.com, which now has a December trial date, is playing into the delayed launch. Timelines claims the new Facebook product will damage its business.

In a statement on its Web site, Timelines.com says it is not trying to block Facebook from launching Timeline, but is attempting to enforce its patent.

“We are hoping that Facebook will realize that it made a mistake and that it needs to make things right. We’re very proud of the products and services we’ve built and cannot sit idly by and watch Facebook eliminate the goodwill we’ve developed. We will vigorously defend our trademark,” the company said.

Most mainstream Facebook users, however, seem unaware of the drama, and some may not even know a big ioverhaul of how their Facebook page looks is in the works. A Kurrently search for “Facebook timeline delay” showed a relatively slow pace of a post every day or so.

“The 2nd delay in Facebook timeline shows how concerned they are about user acceptance. My take: they end up scrapping it,” Michael J. Lis tweeted Thursday.