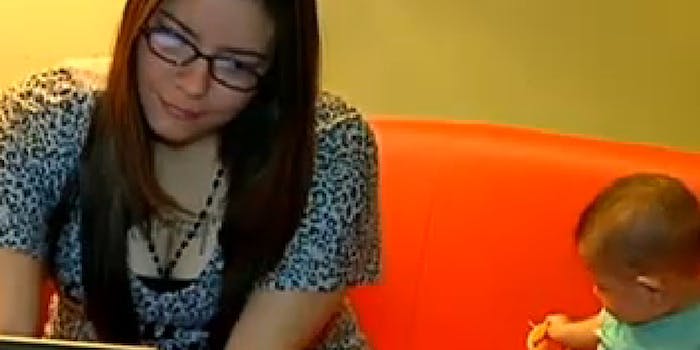 Facebook helps reunite a mother and father after 17 years

Following the death of her mother and the birth of her daughter, 24-year-old Juana Valdez was disconsolate and determined.

Following the death of her mother and the birth of her daughter, 24-year-old Juana Valdez was disconsolate and determined.

It had been about 17 years since Valdez had communicated with her father, Jose, who had separated from her mother when she was 7. Now, thanks to Facebook, Valdez and her father are back together.

Valdez used Facebook search to find the profile of his father’s new wife. It’s there she found old photos of herself. Valdez, of Kennesaw, Ga., messaged the woman to confirm it was her father’s wife and set up a time for them to talk.

“I broke out in tears, and I get on the phone and he’s like I can’t believe this is happening,” Valadez told FoxAtlanta.

Stories like Valdez’s have become a heartwarming fixture on Facebook over the years, with people all over the world harnessing its search power to find loved ones, a lost camera, and even a kidney.

In January two siblings who were sent to two different foster homes were reunited after 65 years thanks to second-grader Eddie Hanzlin, 8, who helped track down Clifford Boyson’s sister using her maiden name.

Jose plans on visiting Valdez and his granddaughter this weekend.

“You can see water in my eyes just by talking about it,” Jose Valdez told FoxAtlanta. “It’s awesome. Every time I talk to her I feel so much emotion, so great.”