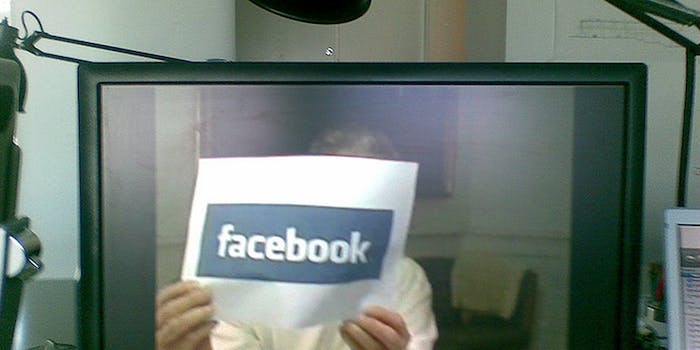 On the plus side, you can get a lot of Facebook fans for $10.

A new BBC investigation suggests that it might not be a good idea for companies to spend on Facebook advertising due to the likelihood of getting “Likes” from fake accounts.

The report cites an experiment conducted by Techonology correspondent Rory Cellan-Jones, who created a Facebook page for a fictitious company called VirtualBagel. After shelling out $10 for an ad, his page saw a huge surge in “Likes.” The only problem was that these “Likes” were coming from countries like Egypt and the Philippines. Oh, and most of them were obviously fake accounts. For example, one was an individual from Cairo, Egypt named Ahmed Ronaldo who, much like another famous Ronaldo, worked for soccer club Real Madrid.

The results of these findings were confirmed by Michael Tinmouth, a social media marketing consultant who experienced similar results. Tinmouth discovered that a disproportionate number of “Likes” for clients’ pages were coming from the aforementioned countries and consisted of 13 to 17 year olds that “were liking 3,000, 4,000, and even 5,000 pages.”

While most users have likely received a Friend Request from a bot,  Facebook downplayed the following.

“We’ve not seen evidence of a significant problem,” a spokesperson for the social network told the BBC. “Neither has it been raised by many advertisers who are enjoying positive results from using Facebook.”

When asked about the high number of fake profiles—roughly 54 million accounts or 5 to 6 percent of the Facebook’s userbase, according to the company’s own estimation—Facebook claimed that most of those “represent real people with genuine likes and interests.”