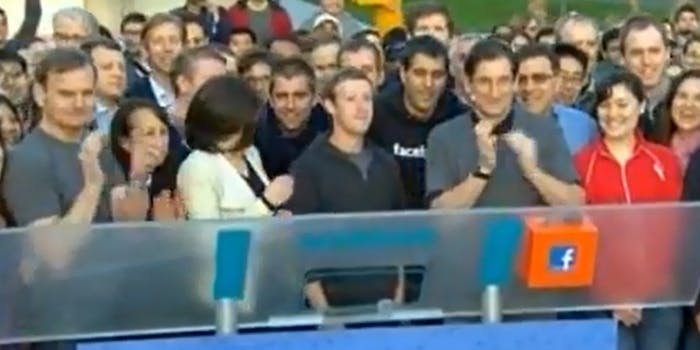 Facebook’s IPO: The story so far

Here's a comprehensive look at the news, photos, and hilarious tweets that accompanied Facebook's historic day.

It might have taken a while after the opening bell was struck by Mark Zuckerberg, but shares in Facebook eventually started trading Friday morning.

As the stock price wavered around the $38-42 range, events played out on the Web in real time.