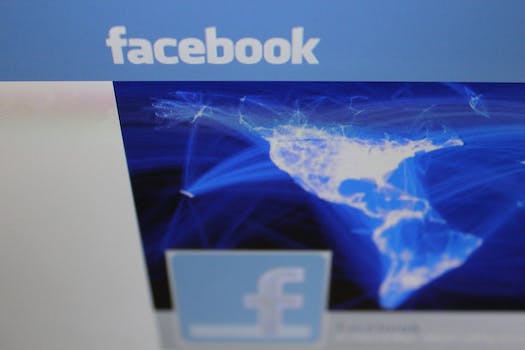 No, your entire Facebook profile is not about to become public

Don't fall for the return of this old, bad hoax.

No matter what a viral message tells you, your entire Facebook isn’t suddenly going to become public tomorrow. An old, lame “Deadline tomorrow !!!” hoax is spreading like wildfire on Facebook right now, and you can feel free to ignore it. 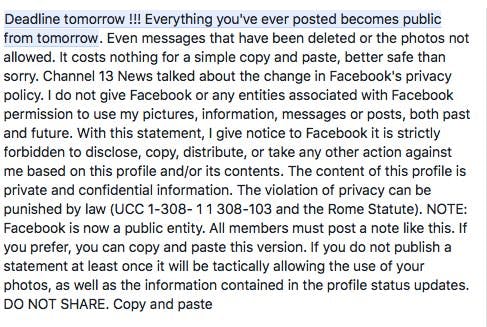 This message has the hallmarks of many past Facebook hoaxes that have been thoroughly debunked over the years, including the claim that you can revoke Facebook’s rights to use your content by posting a copyright notice on your News Feed. These messages usually cite the Uniform Commercial Code and the “Rome Statute,” both of which don’t give you magical copyright powers beyond the protection you already have, and are frequently used by conspiracy theorists.

These paranoid wall posts started years ago in response to actual changes in Facebook’s privacy controls. Even when that happens—and it doesn’t appear to be happening today or tomorrow—the correct response is to double-check your privacy settings to make sure you’re not unintentionally sharing things.

You can’t declare special legal rights in a Facebook post, especially rights that contravene the contract you’ve already agreed to with Facebook by using their service. If you don’t want Facebook to have any rights to your data, don’t put your data on Facebook.

This junk has been on Snopes since 2012, people. Don’t even post it “just to be safe”—it spams your friends with no benefit to you.