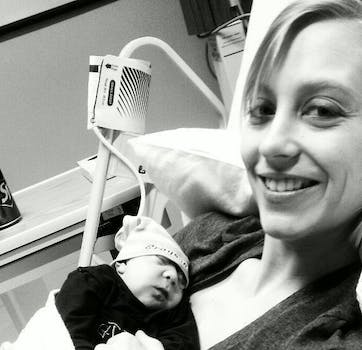 The Walker family wanted to honor their son on Facebook, but their photos were pulled for allegedly violating the network's terms of service.

Facebook has apologized for banning photos of a baby taken before he died from a fatal birth defect.

The photos of Grayson James Walker were posted on Facebook sometime after the baby was born on Feb. 15. Walker was born with a rare  birth defect known as an anencephaly, “in which a baby is born without parts of the brain and skull,” Gizmodo reported.

During the baby’s eight hours of life, mother Heather Walker arranged for photos of the family to be taken. After posting the photos to Facebook, they were taken down for allegedly violating its terms of service. When she tried to repost them, Heather Walker was temporarily banned.

Now Facebook has reversed its decision and apologized to the Walker family, Memphis’s WMC-TV reported.

“Upon investigation, we concluded the photo does not violate our guidelines and was removed in error,” Facebook said in a statement provided to the TV station.

“Facebook is a place where almost a billion people share more than 300 million photos a day. Our dedicated Users Operations Team reviews millions of pieces of this content a day to help keep Facebook safe for all ages. Our policies are enforced by a team of reviewers in several offices across the globe. This team looks at hundreds of thousands of reports every week, and as you might expect, occasionally, we make a mistake and remove a piece of content we shouldn’t have. We extend our deepest condolences to the family and we sincerely apologize for any inconvenience.”

A Facebook page for the baby has collected about 6,000 likes and comments from people sharing their condolences.

“ I’m deeply moved by grayson’s story, and your courage to see your pregnancy through til the end and ensure your son experienced life,” Melissa Carlisle wrote on Facebook. “[T]hank you, grayson, for reminding me that life is so precious and that every moment counts”