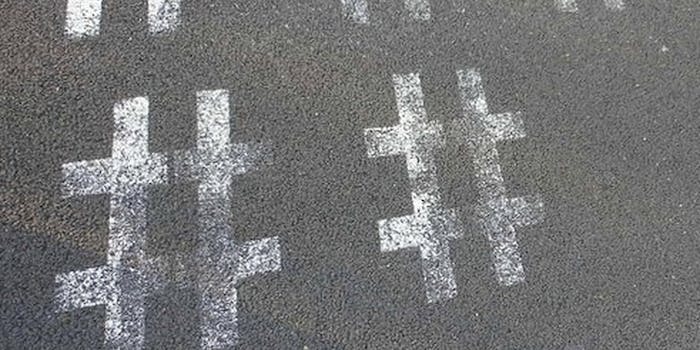 There’s a new News Feed, an incoming Timeline redesign, and, if a Wall Street Journal report is to be believed, proper hashtag functions.

The WSJ cites “people familiar with the matter” as saying hashtag support is coming to Facebook. It’s not quite clear when it will happen, though it won’t be imminent. All Things D‘s Mike Isaac backed up that report, claiming that hashtags will be clickable and let users “connect common themes and trending topics around the social network by adding the simple hashtag symbol to a status update.”

Hashtags have been in use on Twitter and Google+ for several years, ever since designer Chris Messina came up with the idea in 2007 as a way to better organize conversations on the former.

Until now, Facebook users have been largely stuck in their own cliques, commenting and sharing with their friends or subscribers. It seems that with the addition of clickable hashtags, users will be able to go to where the conversation is taking place, rather than trying to talk to their pals about Girls when none of them are really interested.

Taking that example, clicking a #girls hashtag would take people out of their little area of Facebook, jumping into the broader, global conversation by more easily seeing what strangers are saying about the show. Hashtags are essentially an organized discussion group, giving context to what people are saying.

What they also are is a way for Facebook (and Twitter) to more easily see popular topics of discussion and figure out what people are interested in, and place relevant ads in front of people’s eyeballs.

However, it’s probably safe to assume that hashtagged posts will still adhere to Facebook’s privacy controls. If someone’s tagged a Hannah Horvath takedown with #girls but the post’s set to friends-only and you’re not buddies with them, good luck trying to read what they said.

In truth, Facebook’s getting with the times. Practically every other Web service out there—from Twitter and Google+, to Tumblr and Vine, to Pinterest and Facebook’s own Instagram—uses tags to orchestrate discussion into something a little more streamlined and less disparate.

Streamlined is certainly a term that can be applied to the new-look News Feed and Timeline, as Facebook ditches the clutter and makes everything a little cleaner. The end goal, as ever for Facebook, is to keep you hanging around on the site for longer and seeing ads you’re more likely to click on.

Meanwhile, buried in a Facebook engineering post on algorithm updates to the Graph Search comes news that you’ll soon be able to search comments.

For everyone who’s switched to Graph Search, a more in-depth search feature where searching for individual posts is difficult at best, that function’s coming back too. That ties in with the hashtag idea of being able to see what others are talking about more easily.

This is all fairly useful, but the real question is: When ever are you going to offer  animated GIF support, Facebook?