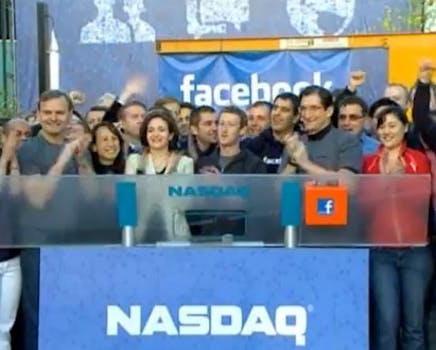 There was some good news and some bad news in Facebook's quarterly earnings call Thursday.

Facebook is edging closer to the milestone figure of a billion active users in the community.

In Facebook’s first quarterly earnings report since going public, the company revealed Thursday that it has 955 million monthly active users at the end of June—a gain of 54 million since its initial public offering (IPO) in May.

Facebook defines a monthly active user as someone who has accessed the site over the previous 30 days. The latest figure shows an increase of 32 percent compared with the same three-month period in 2011. Meanwhile, a mean of 552 million people used Facebook every day in June.

Elsewhere, Facebook revealed quarterly earnings of $1.18 billion for the three months to June 30. That marks an increase of $289 million over the same period in 2011. However, the company saw a net loss of $157 million across the quarter, partly due to an increase in capital expenditure (the money Facebook spends on acquisitions, essentially) to $413 million, a 213 percent increase over the second quarter of 2011. That equates to a loss of $0.08 per share.

Total costs and expenses were $1.93 billion. Most of that came through share-based compensation as shareholders finally got to cash in on the world’s biggest social network.

Analysts predicted Facebook would announce quarterly revenue of around $1.15 billion and earnings per share of $0.12. The announced revenue is roughly in line with estimates, so Thursday’s news may come as a boost to the company, which stuttered through an eventful IPO.

Last quarter, Facebook acquired facial recognition company Face.com, mobile commerce app Karma, and location-based app Glancee. While a deal was struck to buy photo-sharing community Instagram, that takeover has yet to be finalized, with the Federal Trade Commission in the U.S and the U.K.’s Office of Fair Trading looking into the deal. The company also added Chief Operating Officer Sheryl Sandberg to to its board of directors last month.

Facebook’s results were revealed after the stock market closed for the day, so investors may not know the full impact until Friday. Facebook’s stock took a big hit Wednesday after Zynga (which contributes around 15 percent Facebook’s revenue through its social games) announced a net loss of $22.8 million Wednesday, with its share price dropping around 40 percent to $3. Facebook’s shares dipped around 7 percent to $27.65 before the market opened Thursday morning.

In after-hours trading Thursday, Facebook dropped again, to around $24.55. Time will tell whether the popular Instagram can help boost Facebook’s share price once that deal finally closes.