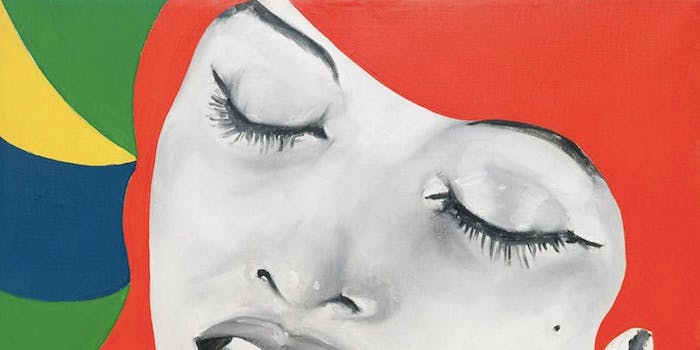 Is Facebook run by a bunch of prudish philistines? To hear the Philadelphia Museum of Art tell it, almost certainly yes.

The august institution recently posted—well, reposted—Ice Cream, a 1964 piece by Evelyne Axell that has certain sexual overtones. Even so, Facebook’s rationale for removing it the first time was laughable.

In case it wasn’t clear that the museum was dunking on the social network for its cultural illiteracy, they also made Ice Cream their cover photo.

And you know who doesn’t have a problem with this painting? Other Internet companies! Over at Spotify, you can listen to Wildewoman, a damn good Lucius album from 2014 that uses Axell’s work for a cover.

So the next time you want to censor great art, Facebook, do us all a favor and binge-watch some Bob Ross until you come to your senses.