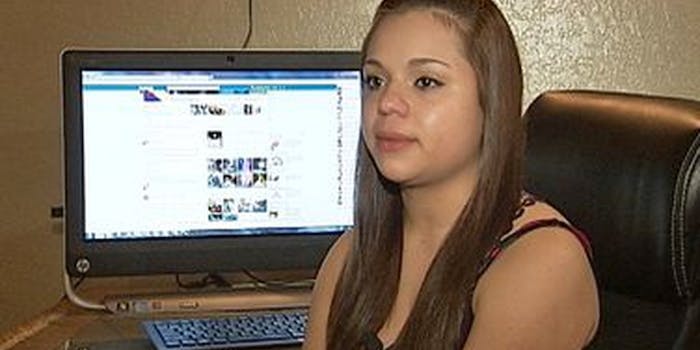 Did a Washington middle school overstep its boundaries by demanding access to one of its students' Facebook profiles as part of a cyberbullying investigation?

Did a Washington middle school overstep its boundaries by demanding access to one of its students’ Facebook profiles as part of a cyberbullying investigation?

Samantha Negrete, 14, said she was called into the vice principal’s office at an Everett middle school and was asked to log into her Facebook account so they could see an inappropriate picture her friend had posted.

The eighth grader told MyNorthwest that she felt like she had no other option but to comply.

“I felt like I had to do it because if I didn’t, I was worried he would get mad at me and yell,” said Negrete, adding that she wasn’t aware of the picture, and if she had been, she would’ve told her friend not to post it. The student who posted the picture has been suspended.

And now things are getting worse for Negrete. Her fellow classmates are calling her a snitch and she’s the one being bullied at North Middle School. The vice principal didn’t log out of her Facebook account when they brought in the culprit, which gave students the impression that Negrete ratted the girl out.

“I’m getting bullied and harassed by a lot of people,” she said. “It’s hard to be at school when all this is happening.”

Negrete’s mother, Connie Becerra, is understandably outraged that the school would violate her daughter’s privacy. The vice principal supposedly told her to keep the meeting a secret; Becerra was never notified by the school.

“It’s taken a toll on her. They were investigating bullying but somehow this ended up with her being bullied, even though it had nothing to do with her,” said Becerra. She has contacted the American Civil Liberties Union to look into the situation.

Linda Mangel, an attorney with the ACLU, slammed the school, explaining that state and federal laws protect Negrete from unwarranted searches.

Mangel said there’s a lower standard for schools for conducting these searches since they had a reasonable suspicion that a rule or law was being violated and the search would result to evidence about the discretion.

But, Mangel said, since the vice principal forced her to open the Facebook page without presenting her options (for example, going to the culprit initially), the school might find itself in trouble.

Fearing blowback, the school district has now hired an outside investigator and is reviewing its policies regarding if or when educational officials can gain access to their student’s social media accounts. They also haven’t yet decided if the vice principal took the right actions.

However, the whole situation has left honors student Negrete shaken. She says she can’t trust school officials, who are there to protect her, anymore.

“All the respect and everything I had for them, it’s totally gone now,” she said.