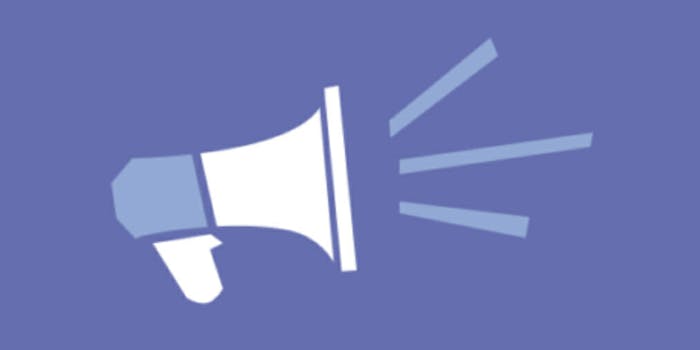 Facebook’s content guidelines are proving to be a giant pain in the ass for one Belgian politician.

Luc Anus, 26, is running for local office in Lobbes, which is in the Hainaut province of Belgium. The socialist Anus has been barred from campaigning under his real name on Facebook, whose moderators find his last name “offensive and inappropriate.”

“Facebook just does not accept my name,” said Anus, who’s been forced to run under the name “Luc Anu.” He seems to be taking it in stride, though; a visit to the Facebook page of “Luc Anu” shows links to news stories that have been written about his plight.

“I can deal with it,” he told the Guardian, “but I can understand that people who are weaker have a hard time with bullying.”

As a socialist, Anus is running to improve, “the living environment, safety, the future of youth, cleanliness and the environment, teaching and improving services to the population,” according to his Facebook page.

With the October 14 election still a couple of weeks away, the name recognition may help Anus; his campaign poster has gone viral.

Anus is one of 50 in Belgium with that last name. All are registered in his home region of Wallonia.

Anus is not the only politician to make waves with a hilarious last name; he’s not even the only Belgian socialist to do so. In 2012, the party had a candidate named Jean-Claude Prick.

Of course, we have our own politicians with ridiculous names—former Nashville mayor Bill Boner, for example. And don’t forget Anthony Weiner, whose name proved—very upsettingly—to be way too on the nose.