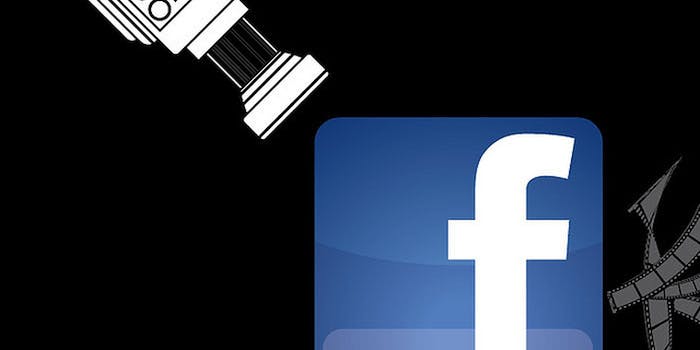 Is Facebook planning autoplaying video ads for your newsfeed?

According to Ad Age, the company wants to launch 15-second autoplaying ads on its website and in mobile apps.

Brace yourselves, Facebook users. If rumors are true, you’ll soon be seeing video ads on your newsfeed.

According to several TV advertising executives who spoke with Ad Age, Facebook will begin to incorporate video ads on all its various platforms— mobile included— starting in April.

The videos will have the dreaded autoplay feature and will be no more than 15 seconds long, according to these executives.

Even worse, “the video ads are expected to grab a user’s attention by expanding out of the news feed into webpage real estate in both the left and right columns— or rails— of the screen.”

The news, if true, comes as a surprise. Company CEO and founder Mark Zuckerberg told investors at a quarterly report meeting in late October 2012 that Facebook’s biggest push was going to be mobile. There was no mention at the time of expanding advertising into video.

The Daily Dot reached out to Facebook seeking confirmation about the rumors, but the company spokesperson declined to comment.

But will video kill Facebook’s star?

The company, which has dealt with user uprisings since the days its service was only available to high school and college students, currently finds itself in a public relations nightmare over Instagram. the popular photo sharing social platform it acquired earlier this year.

Earlier this week, Instagram announced that it was making changes to its Terms of Service that would allow the company “to display your username, likeness, photos (along with any associated metadata), and/or actions you take, in connection with pair or sponsored content or promotions without any compensation to you.”

That ruffled some feathers.

Yesterday afternoon, after hundreds of thousands of users (including celebrities) promised to delete their accounts, Instagram released a statement saying that it would “modify specific parts of the terms to make it more clear what will happen with your photos.”

A similar type of revolt over the rumored video ad feature already seems to be brewing on Twitter, though on a much smaller scale.

“@instagram can sell my photos without my permission, and @facebook plans to auto-play video ads in my news feed. I’m leaving both by 2013,” announced @tdrchrdsn.

Whether or not Facebook will have a user exodus is debatable. Facebook users aren’t known for being highly engaged with the social network platform beyond writing status updates and uploading unflattering pictures of themselves and their friends.

Case in point: Earlier this December, all 1 billion Facebook users lost the ability to vote on any future changes the company wanted to make to its governing documents because only 668,872 people (about 0.0668 percent) cast a ballot on the referendum.  cast a ballot. For the voting to actually matter, the turnout needed to be 300 million users.