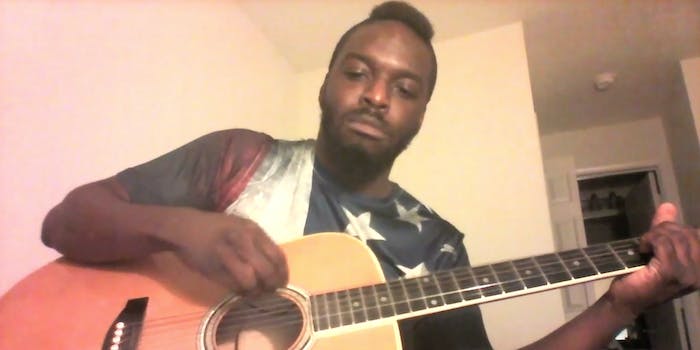 Each one is indistinguishable from the next.

Each Mumford and Sons song may be completely different from the next, but people are starting to notice a pattern in the music.

Dion Beary has come to the conclusion that each song is pretty much the same thing. If they don’t sound alike to the naked ear, they’ve still got the same themes. Sometimes the songs go soft, others loud, but the tie that binds them all is more obvious than you might think.

Unsurprisingly, people are having difficulty figuring out which song he’s actually playing.