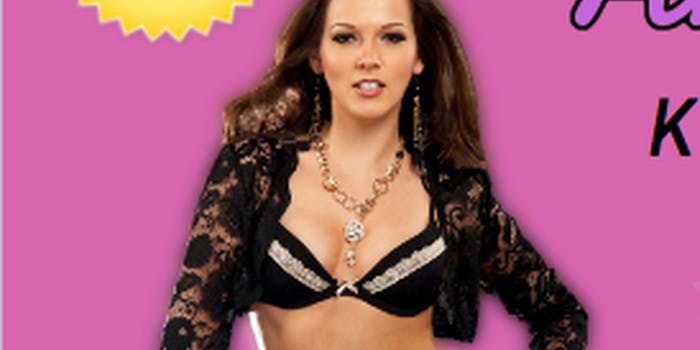 A 17-year-old girl says Kamloops, British Columbia's Angels After Dark tried to hire her via Facebook.

Kamloops, British Columbia escort agency Angels After Dark claims to have the city’s “hottest escorts,” but now its feeling the heat for allegedly recruiting underage girls on Facebook.

A 17-year-old girl, who requested to stay anonymous, told the Canadian Press that she and several of her friends were messaged on Facebook by the agency for employment. Its a problem rapidly spreading on social media, as gangs in San Antonio employ the same tactic.

The anonymous teen says she didn’t respond, but a friend of hers did, and the agency inquired about her age. When the friend told the agency she was underage, they pushed her to refer any of-age friends wanting to make $500 a day.

And the problem didn’t stop with her. She posted on Facebook seeing if other girls had been contacted, and received an overwhelming response.

“I posted a status just asking has anyone else been poked or messaged. And I immediately got, like, five or six girls saying yeah, they poked me and more friends even saying, like, they got messaged personally,” she said.

She told her mother about the message, and her mother alerted the authorities. Angels After Dark’s Facebook page has since been pulled, and a Kamloops city official said the agency doesn’t have a business license to operate, making it illegal.

An agency spokesperson didn’t comment on-air to CFCJ-TV, but said it doesn’t employ underaged escorts and it has done nothing wrong.

Photo via Angels After Dark