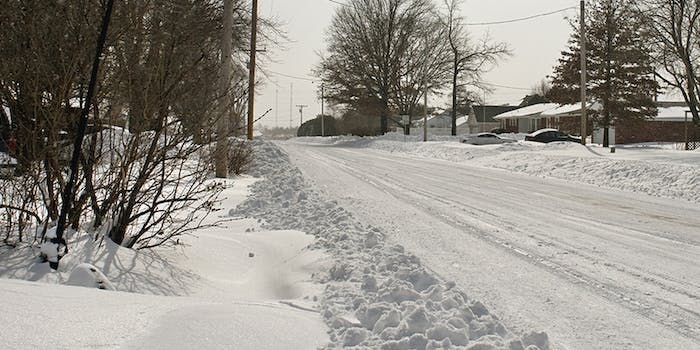 A near-accident turns out to be kind of awesome.

NBC correspondent Stacey Bell didn’t have much to report from New York’s Nassau County last night as winter storm Juno blew over the region, but a reckless driver managed to spice up her shot with a snow-assisted drift in the background.

Dangerous as this maneuver was—for a split-second it looks as if the car might plow directly into an oblivious Bell—we have to applaud the passenger who had the presence of mind to scream “Cowabunga!” from his open window.

Seriously, though: If you want to play in all this powder, get a sled that weighs less than 3,000 pounds.

Photo by David Hepworth/Flickr (CC BY 2.0)