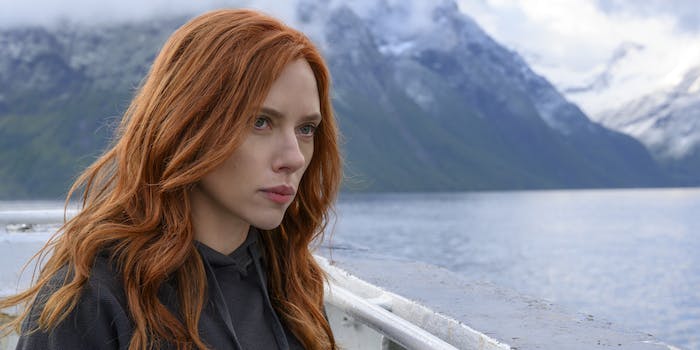 This week in streaming: Back to the movies: ‘Zola’ & ‘Black Widow’

Plus: 'I Think You Should Leave' season 2.

“What was the last movie you saw in a theater?” For those of us glued online, it was an easy—and frequent—question to pop up on Prompt Twitter. It’s a fun yet chaotic look at our own viewing choices, especially as many of us had no idea that this particular movie would be our final theatrical trip for more than a year. Mine was a rewatch of Portrait of a Lady on Fire, and I’ve usually joked that, well, at least I went out on perfection. Over the weekend, a friend and I went to the theaters for my first movie back: Zola. While she hadn’t seen it yet, I had: I caught it at the world premiere at Sundance last year, which now feels like at least a lifetime ago.

Zola, which depicts A’Ziah “Zola” King’s legendary 2015 Twitter thread about a road trip that went horrifically wrong, is a hell of a ride. It’s a surreal fantasy-turned-nightmare. I liked it a lot in January 2020 apart from its rather abrupt ending, and my thoughts haven’t changed much after watching it again in July 2021. (If you want more info on the ending, Insider has some spoiler-filled insight from co-writer Jeremy O. Harris.)

I knew I missed going to the movies. And while I’ve had some bad experiences over the years, it’s the little things that make it all the while. The one person whose laugh you can pick out from a crowd. The tension that you can cut through with a knife. And now that people are returning, even the corporate welcomes hit differently. I didn’t necessarily cry or get teary-eyed when I was welcomed back to the theater, but as the trailers started, I took a moment.

Reunite with Mike and Sully in Monsters at Work

Everything Pixar makes is basically a delight. Monsters at Work is no exception to that streak, and it also brings back besties Mike and Sully in a brand new adventure. Featuring the same voice talents of the movies, including John Goodman and Billy Crystal, the long-awaited Monsters at Work is bringing a smack of laughs and heart to your summer streaming schedule.

Like several recent MCU hits, Black Widow combines Marvel’s action-comedy brand with a secondary genre. This time around, the experiment fails. Directed by Cate Shortland with a screenplay by Eric Pearson, Natasha Romanoff’s long-awaited solo movie is a derivative spy thriller, delving into Natasha’s backstory as a Russian agent. Despite a promising introduction, it struggles to find a balance between its darker themes and Marvel’s perky blockbuster tone.

Natasha’s backstory has a disturbing subtext, but Disney isn’t equipped to handle it—hindered, perhaps, by the studio’s puritanical streak. Cate Shortland seems keen to avoid the MCU’s widely-criticized history of sexualizing Black Widow, solving the problem by removing any hint of sex. Black Widow will release in theaters and on Disney+ with Premier Access on Friday, July 9.

Season 2 of I Think You Should Leave sets the tone pretty quickly. In the first episode alone, a sketch involving Tim Robinson’s character—the host of a prank show called Everything is Upside Down—begins to have an existential meltdown while dressed in poorly constructed prosthetics in the middle of the very mall food court he was sent to terrorize.

“I don’t even wanna be around anymore,” surmises Robinson’s character after complaining that the suit is too hot and he can’t breathe. “Like, you don’t want to live anymore?” his producer asks while giving him cues in a nearby van. “I don’t know,” replies Robinson. Indeed, the batch of new episodes sinks to twisted new depths, which should both delight fans of the series while making them squirm uncomfortably at the same time. I Think You Should Leave‘s new season is now on Netflix.

Now Playing: “So May We Start” by the cast of Annette