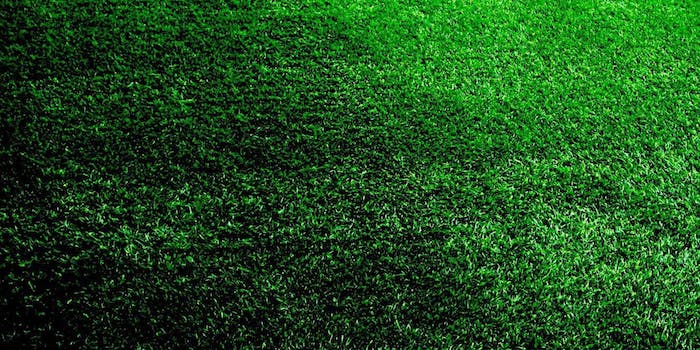 For only the second time since 1950, England lost back-to-back games at a World Cup Thursday.

England’s hopes of surviving Group D in the World Cup are mathematically alive.

But for only the second time since 1950, England lost back-to-back games at a World Cup Thursday. The Three Lions matched a dastardly Luis Suárez goal in the 75th minute when Wayne Rooney flicked in a gorgeous cross from Gary Johnson. England dominated possession (62 percent) and would finish with more shots on goal.

But just 10 minutes after the equalizer, Suárez struck again to give Uruguay a pivotal three points.

England’s fading chances of advancing to the knockout rounds depend on Friday’s Italy and Costa Rica game. If they’re still alive heading into game 3 on Tuesday, England must then pour on the firepower against Costa Rica, win, and hope for a goal differential miracle.

What’s much more likely, unfortunately, is that England’s World Cup dreams have been rudely awakened like someone with a hungry cat nipping at their feet well before the alarm clock. Credit the English, at least, for handling defeat with deft expertise and self-loathing wit, and then finding ways to break this fragile national truce by leveling insults at players from rival Premier League clubs.

This must be what it’s like to support spurs. #ENG

Or just plain leveling bile at the talent assembled for the floundering national team.

This #ENG team wouldn’t even finish top-4 in the Premier League.

And reminding everyone that, hey, things aren’t so bad—our beloved Premier League is just around the corner.

COUNTDOWN: Just 58 days left until the Premier League is back. #ENG

There were instant memes that stung like cleats to an ankle.

And because it’s the English, defeatist humor was world-class.

“England had morale and stamina in full measure; skill only a modicum; and of luck, none at all” The Times on 1958 group stage exit #ENG

#Eng aren’t out yet. We can still qualify if Elvis runs a 3-minute mile whilst being abducted by 4 aliens singing a Coldplay song. #Worldcup

Worth repeating: #eng just lost to a team whose left back was unconscious for part of the match. #uru

Luis Suarez less than a month ago #ENG #URU pic.twitter.com/nO6VcbbbwB

Maybe England would have done better had they received their full allocation of owls.

ah yes Wimbledon next where English players will be more successful at getting the ball in the net. #ENG

England will have a new captain next week. The pilot on board the British Airways flight back to Heathrow. #ENG

So I don’t have to care about football for another four years.

And of course, non-English haters chimed in too.

Why exactly do English people like soccer so much if they’re so bad at it?

Just to rub it in for #eng, a Scotland supporter was spotted in the crowd among the #uru fans http://t.co/R29pNkfOW5 pic.twitter.com/Im6Cax99JK

But look, a few days ago England wanted Wayne Rooney’s foot deep fried and served with chips. His lack of big moments on the world stage made him a popular scapegoat.

At least it wasn’t his fault.

Photo via robinrimbaud/Flickr (CC BY 2.0)