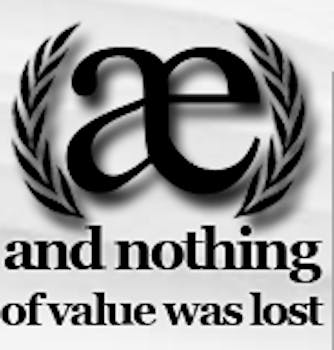 Encyclopedia Dramatica is down but not out

Encyclopedia Dramatica, the popular Wikipedia-style site chronicling the seedy underbelly of  online culture and events, continues to have a hard time staying up.

The site, known for its satirical (some would say raunchy and offensive) content went down 48 hours ago with no warning, said the site co-owner Garrett Moore.

Normally, a site gets a warning from the host company (it was registered to a Swedish domain) along the lines of “remove the offending material,” but in this case “they just locked us out” wrote Moore in a private Internet Relay Chat.

The site was back up within 48 hours. But ED’s owners are not happy about what they say was the cause of the outage — and the fact that thousands of loyal readers were cut off from the site.

ED had been down for several months before it was restored  more than a month ago — and the ED owners had accused one man, Internet activist and critic Daniel Brandt, of delaying the site from going back up. In effect, they accused him of using tactics to keep them offline because he didn’t like what he saw on the 5,000th most popular website in the U.S.

They say Brandt had filed repeated false abuse reports with ED’s perspective hosts, causing them to refuse to host ED. In an email to the Daily Dot at the time, Brandt did not specifically admit or deny sending abuse reports.

Now the ED community says they think Brandt may be behind this outage as well, although they can’t be sure.

Moore, ED’s co-owner, said he wasn’t 100 percent positive that Brandt caused ED’s problems. But he said the  emails sent to ED’s host were uncannily similar to the ones Brandt had sent before.  “It was the same shitty form email,” Moore says.

Brandt was unavailable for comment at time of publication.

The blog for which Brandt writes, which ED calls a “stalker blog,” continues to track ED community leaders and the status of the ED site.

Regardless of who or what caused the outage, Moore said he’s concerned about ED being shut down because of its content.

Encyclopedia Dramatica, dedicated to satire, regularly uses epithets to shock people and cause them to react. ED makes fun of everyone and everything – “nothing is sacred,” Moore said in an earlier interview. He added that the ED community includes gays, Jews, Muslims and African Americans who use the same satirical language.

“Freedom of speech is something all of us believe in,  regardless of the opinion being expressed,” Moore said. “I won’t let us be silenced, when we lose the ability to express ourselves we lose everything else.”

ED’s community spent about 16 hours getting their files back through FTP (File Transfer Protocol) and soliciting  donations to pay for the cost of new machines and a new host. They also reached into ED’s savings. Moore estimates they only have enough money to pay for two months worth of bills now. Community members, along with Moore, work on the site for free. The bills pay for hosting.

ED moderator MeepSheep said that since the site last went down and came back up again, they’ve been “a lot more careful with other content.”

They went so far as to remove links to software and other websites in articles about hacking events or “raids.” “We removed all links…  just to be on the safe side,” MeepSheep said.

Moore is considering adding a message on the front page warning people of the type of content they’ll come across to prevent this kind of problem in the future.