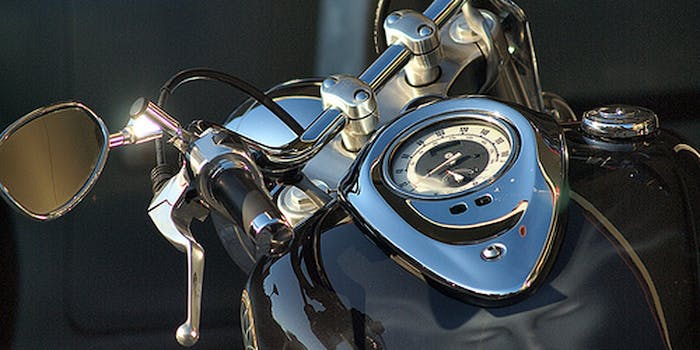 The murders of two members of the Hells Angels motorcycle club in Sydney, Australia, were allegedly ordered on encrypted BlackBerry phones by the rival Comanchero club.

The police investigation into the killings of  Tyrone Slemnik and Roy Yaghi recently hit a brick wall because law enforcement cannot crack the encryption on the phone of a high-profile Comanchero they believed ordered the hits.

Now, Australian politicians are recommending changes to the law so police can more easily monitor people’s phones, which they say will help officers fight back against increasingly well-equipped criminals.

One phone being specifically cited is the $2,760 encrypted BlackBerry sold by Phantom Secure, a Canadian firm. A six-month subscription costs $2,000.

A promotional video by the company depicts its users as futuristic James Bond impersonators.

The Australian press was aghast when they found out from local police that even the Australian Signals Directorate, the Aussie’s top electronic spy agency, cannot crack PGP (Pretty Good Privacy) encryption.

“Organised crime [has] seen that encrypted communications can allow them to plan and execute their criminal activities and prevents law enforcement detection. So clearly that’s of concern to us; it has been for some time,” Jevtovic told ABC.

Police and reporters took pains to stress that Phantom phones and encryption in general has legitimate uses in, for instance, the business world. However, Jevtovic said, “our concern is that organized crime will further avail themselves of this technology.”

The ACC is now pursuing multiple investigations into the criminal use of encrypted phones.