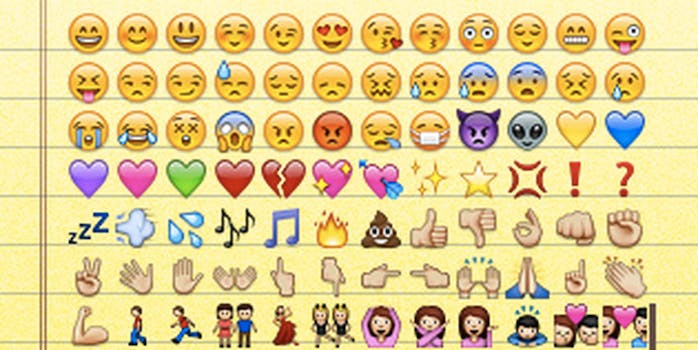 Think before you emoji.

Before you send that gun and screaming face emoji combo, you might want to think twice. Emoji death threats could be admissible in court.

Fletcher Babb, a freelance journalist, received a string of emojis including a face with its eyes crossed out and a gun after a source for a story told his Instagram followers Babb ripped him off.

Babb was researching an article for Vice about buying drugs through Instagram. He never actually bought anything from the unnamed source, but he came close. In December, after the dealer found out the deal was only for a story, he blew up at Babb on Instagram, where Babb’s profile is public and his photo’s geotagged.

Concerned someone could easily find and harm him, Babb reported the user to Instagram, but the profile wasn’t removed until it was deleted and moved by the user, apparently a common practice among Instagram drug dealers.

Could Babb have gone to the police about the apparent threat, even though it appeared in emoji and not English? That’s a question Mashable sought to answer in a recent story about the incident. Co-director of the Cyberbullying Research Center Justin Patchin told Mashable he thought the emojis met the police requirements for “threatening.” Theoretically, if the threat persisted or if it was combined with a physical attack, the aggressor could be charged criminally and could be liable for civil claims in court.

Even throwing in a JK or LOL, or arguing that emojis aren’t “language” might not work. Last year a teen was charged with terroristic threats for “joking” comments he made on Facebook.