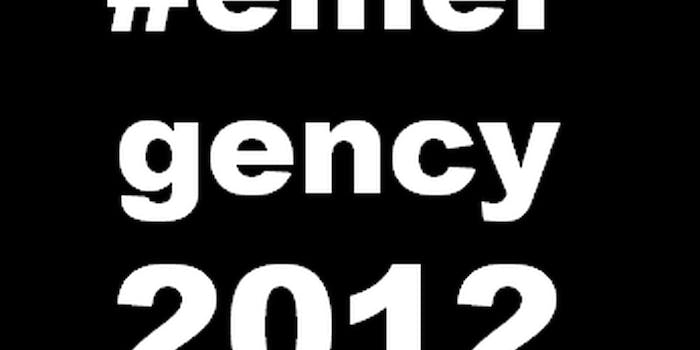 After several recent cases of government censorship, Indians concerned about Internet freedom have made the #emergency2012 hashtag a trending topic.

The hashtag #emergency2012 trended in India Twitter last night, with scores of users in India crying government censorship. A number of users adopted the phrase “Emergency 2012” as their avatars or blacked out their avatars entirely. Some called for Prime Minister Manmohan Singh’s resignation; many offered ways to work around censorship.

Here’s what we can say with certainty: long-established conflict in northeastern Indian state of Assam, between Muslims and the mostly Hindu Bodo people, has recently flared up. That’s sparked online rumors—many of them since disproven—of violence between Muslims and Hindus throughout the country, which in turn led to massive unrest: at least 300,000 fleeing Assam and plenty more fleeing to it.

This came on the heels of a long-simmering government crackdown on alleged misinformation online. In December, for example, one minister provoked outrage by calling for a system where user content would be pre-screened for criticism of the government before it could go online. On Sunday, a reported 76 sites were blocked in the country, allegedly because they were encouraging tensions in the northeast. That number grew to about 150 by Monday, and included Twitter, Facebook, and Google accounts. An independent report estimated 309 sites were blocked on Tuesday night.

And that #emergency2012 hashtag? Those are not gentle words. It’s a reference to Emergency 1975, better known as just “The Emergency,” when the Indian government notoriously suspended elections for a 21-month-long state of emergency.

That’s as much as the Daily Dot can independently confirm as of Wednesday evening. However, Indian Twitter users in contact with the Daily Dot painted a much more detailed picture.

Though much of India was already on its toes at the steadily rising number of blocked sites, the real inciting incident for the #emergency2012 hashtag was apparently the government blockage of two journalists who weren’t prompting anyone to violence—Kanchan Gupta (@KanchanGupta) and Shiv Aroor (@ShivAroor). To be clear, no one was fully “blocked;” this just means, apparently, that some Internet service providers prevented their users from seeing an individual’s Twitter profile page, which led to wildly different user experiences.

It’s unclear why these two were targeted, and they took it very differently. Gupta tweeted, “Remember, censorship is a weapon of mass destruction in the hands of Government: it annihilates freedom of expression, a fundamental liberty,” along with a screengrab from someone who was blocked from seeing his profile.

Aroor took it both as funny and merely government incompetence, tweeting, “Damn, my nose is also blocked now. #Emergency2012” and retweeting thre statement, “cut the hyperbole please, it’s not an emergency. This is just a stupid, inept and clueless government at work.”

Another journalist, the Wall Street Journal’s Amit Agarwal, wrote that he was unable to access his own website because it included a shortened link to a YouTube video. That was later remedied after he petitioned his ISP on Twitter.

Other claims of censorship by Indian Twitterers—again, none of these could be verified, as they seemed to depend on different ISPs independently following a court order to block sites—include three blocked Wikipedia pages, active deletion of Facebook comments, and the very fact that #emergency2012 was trending.

The major debate between Indians seeing the censored content was what to take from it. Two passionate Twitterers presented the Daily Dot with compelling but conflicting interpretations.

One, ‏Tarun Tripathi, said that while the government was being incompetent with who it chose to censor, it was a necessary and temporary evil. “India unfortunately has communal tensions which threatened to flareup due to rumors/hate,” he wrote. “blocking [journalists’] pages is definitely wrong!” But the censorship “will self correct soon,” he said, adding, “we are NOT china/egypt.”

But ‏Dr. Rita Pal found the fact that censorship escalated so steadily too much to ignore. “Censorship talk commenced in 2011 and has progressively worsened over time,” she wrote.

The government has a “subjective perception of ‘hate’ [and] ‘inflammatory’ content,” she wrote, noting that the government recently forced the removal of an account that parodied the Indian Prime Minister.