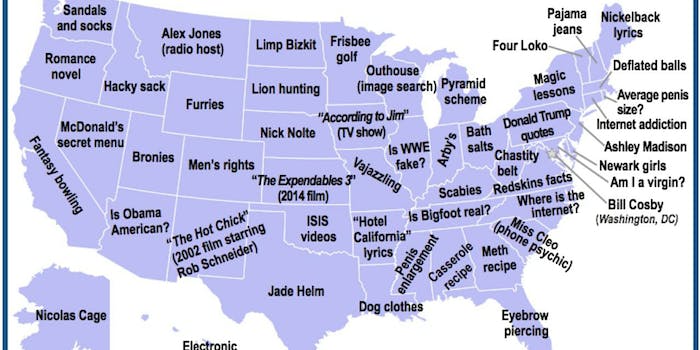 Was that the best you could do, Florida?

Heroically, the folks at this real estate website researched 11 years of Google search information to find “which terms users in each state Googled more than any other.” Then they highlighted the most embarrassing or shameful terms and gave them to the Internet in this handy map.

Peruse at your convenience, and make sure to check for your home state, the state in which you currently reside, and the states in which your in-laws were born to see what residents are keen to learn about. 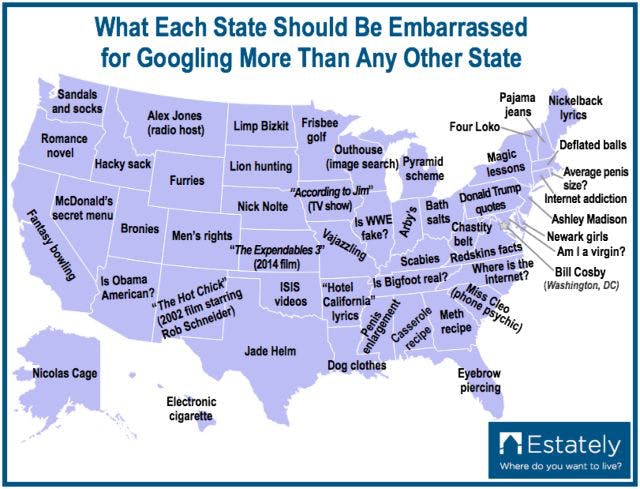 Estately breaks down its findings like this: “The Pacific and Mountain West are lands filled with nerds, the South is insecure about its manhood, states in the Appalachian Mountains are concerned about various vermin on their bodies, and the Midwest has terrible taste in movies.”

Anything else that was weird about this map? Estately commented: “Strangely, only Delaware was relatively free of embarrassing search terms, which is obviously a red flag that our study is flawed.”

Either way, it’s great news for Delawarean Joe Biden, because if he decides to run for president, nobody will find anything weird about his past.