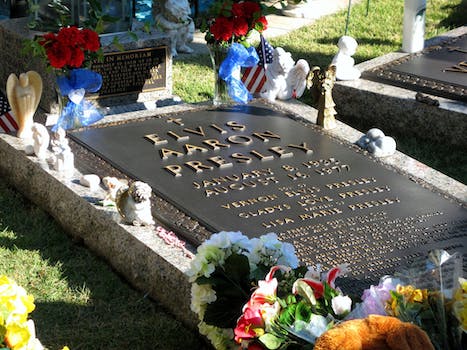 The king of rock and roll died 34 years ago and everyone is broken up about it. (Except one presidential candidate who is celebrating his birth).

The king of rock and roll is now the king of Twitter.

Elvis Presley died 34 years ago today and thousands of people have spent the day remembering the rock-and roll icon at Graceland and on Twitter where he became a top trending topic.

In the last 24 hours, Presley’s name has been mentioned on Twitter more than 29,000 times, according to Topsy, a social-media search engine.

And yet despite all of the press about his death, Minnesota Rep. Michele Bachmann mistakenly wished Presley a happy birthday at a public rally in Spartanburg, South Carolina, on Tuesday, according to CNN.

“We played you a little bit of ‘Promised Land’ when we pulled up,” Bachmann said. “You can’t do better than Elvis Presley and we thought we would celebrate his birthday as we get started celebrating taking our country back to work.”

Here are some tweets that grabbed the Daily Dot’s attention.