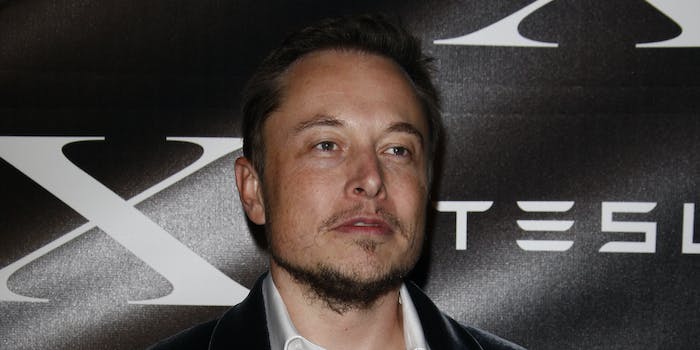 Elon Musk is having an anti-lockdown meltdown on Twitter

He wants to 'FREE AMERICA NOW.'

Elon Musk is not a big fan of the coronavirus lockdown.

He’s been making this fact clear to each and every one of his 33.3 million Twitter followers through a series of increasingly demanding tweets. What began as mild commentary on the coronavirus pandemic quickly shifted to insistence for reopening that the country and giving “people their freedom back.”

This is far from the first controversial Musk opinion to emerge from the coronavirus. The billionaire Tesla CEO previously floated an unproven treatment for coronavirus and suggested that children are “essentially immune” to the virus. Despite seeming to violate Twitter’s explicit, updated rules regarding coronavirus-related misinformation, the tweets remain on his page.

Now Musk is back on Twitter, demanding that the country be reopened. “FREE AMERICA NOW,” he tweeted in the early hours of April 29.

Minutes before, he tweeted out praise for a story delving into Texas’ plan to reopen beginning May 1.”Bravo Texas,” Musk wrote alongside the story.

Musk’s other coronavirus-related tweets include a strange, subtle dig at hospitals and a link to a Wall Street Journal op-ed questioning the efficacy of lockdown.

In the comment sections for his tweets, Musk interacted with anti-lockdown users. Musk seemed to agree with one commenter who noted that “the scariest thing about this pandemic is not the virus itself, it’s seeing American[s] so easily bow down & give up their blood bought freedom to corrupt politicians who promise them safety.”

The majority of comments on Musk’s anti-lockdown tweets are negative. People flocked to the comment sections to drag Musk for opinions they derided as “dangerous and arrogant.”

The billionaire has been wrong about the coronavirus in the past.

“Based on current trends, probably close to zero new cases in U.S. too by end of April,” Musk wrote in his March 19 prediction.

There were, of course, plenty of people who agreed with Musk’s opinions.

“Thank you for standing for our freedoms,” one commenter wrote. “Promote economic independence and uncontrolled economy so we can fully embrace Capitalism to it’s fullest!”

Musk is likely pushing for a broad reopening in part due to the pandemic’s effect on Tesla. The company was forced to shut down its Fremont, California factory due to shelter-in-place orders. The factory has been closed since March 23.

Tesla has also aided in the fight against the coronavirus. The company purchased a number of ventilators “based on direct requests from their ICU wards, with exact specifications of each unit provided before shipment,” Musk wrote in a tweet. These ventilators were then provided to hospitals to help in treating coronavirus patients.

Musk’s complaints, which would feel at home at an anti-lockdown rally the likes of which we’ve seen in North Carolina and Michigan, are all based on the idea that lockdown has been ineffective. Many protesters believe that the government’s response to COVID-19 was disproportionate, while supporters of the move believe the death toll would be far higher had the country been laxer.