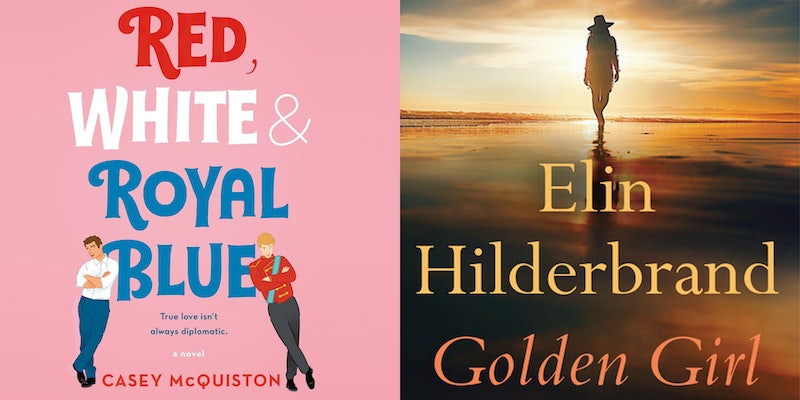 The books are being updated to omit or change passages.

Two novels from prominent authors are at the center of a recurring and growing debate about purity culture and the morality of fictional characters after those authors confirmed they would have passages omitted from future editions of their books following pushback on social media.

The first instance, which was first reported by Publishers Weekly last week, points to a passage from Elin Hilderbrand’s newest novel, Golden Girl. The scene, which takes place with the context of a conversation about a character named Savannah asking her parents if her friend Vivi (the book’s protagonist) can stay in their attic for the summer. The book quotes Vivi asking Savannah, “You’re suggesting that I hide here all summer? Like…Anne Frank?” While both characters laugh at Vivi’s comparison to Anne Frank, Vivi also questions both whether her comment was funny and whether it was “so far off base.”

Some of Hilderbrand’s readers interpreted the Anne Frank comparison as antisemitic and took to social media to voice their displeasure about the mention of her name. While Hilderbrand tried to appease some of the readers via direct message and pointed to another of her books to indicate the respect she had for Anne Frank, Hilderbrand eventually apologized and added that the passage will no longer be included in digital copies of the book or in future printed versions.

“In a flashback scene in GOLDEN GIRL, p. 144, my main character Vivi compares herself to Anne Frank,” Hilderbrand wrote on Instagram Stories last week. “I want to wholeheartedly apologize for this. It was meant as hyperbole but was a poor choice, that was offensive and tasteless. I have asked my publisher to remove the passage from digital versions of the book immediately and from all future printings.”

A few days later, a small passage from Red, White & Royal Blue, Casey McQuiston’s 2019 debut romance novel depicting the relationship between the son of the first female POTUS and a British prince, went viral. The passage, which occurs early in the novel, didn’t have anything to do with the queer romance at the center of the book. Ellen Claremont, the U.S. President, is complaining about one of her appointed cabinet members to her children but notes that she doesn’t have to clean up that political mess right away.

“Well, my UN ambassador fucked up his one job and said something idiotic about Israel, and now I have to call Netanyahu and personally apologize. But the good thing is it’s two in the morning in Tel Aviv, so I can put it off until tomorrow and have dinner with you two instead.”

On the surface, the passage is a throwaway reference that is both a satire of global politics while grounding Red, White & Royal Blue’s fictional American president amid the backdrop of the real-world global stage. (The book’s version of the royal family is also composed of fictional characters.) However, in the wake of recent violence in Gaza and an examination of how we cover and talk about Palestine and Israel, the passage is now being criticized for mentioning Israel at all. One Twitter user, whose account has since been deleted, noted that “mentions of israel (especially when they’re completely unnecessary as well, such as in books/films/shows) normalize the occupation of palestine.”

@rwrbbot, a Twitter bot that shares a new quote from Red, White & Royal Blue every four hours and has more than 22,000 followers, called for an explanation from McQuiston.

“As admin of this account i just want to first clear the air and say that i am pro-palestine,” @rwrbbot tweeted on Monday. “that being said, i don’t know why casey decided to include that line in the book and i understand why it made so many people uncomfortable.”

A few hours later, McQuiston responded with an explanation of the line while adding that the line wasn’t an indication of her beliefs. She added that “It has been changed for all future printings.”

Questions of whether authors or creators are endorsing the actions or beliefs of their characters—or if relating to any element of an antagonist means you endorse every single terrible thing they’ve done—has been a prominent component of discourse surrounding both fandom and YA (young adult) novels for some time. In YA circles, it can often emerge as YA readers calling out authors for problematic content in their books that sometimes have led authors to sometimes cancel the publication of their own books.

These call-outs could be anything from highlighting an author’s past racist tweets, offensive and stereotypical depictions of BIPOC or LGBTQ+ characters in fiction, the inclusion of scenes that might be triggering to readers, or equating a fictional character’s questionable morals as being the same as what the author believes. Not all of those things are equivalent to one another, and some of those things can lead to positive change in publishing or making readers aware of certain elements that might be upsetting ahead of time. (For instance, One Last Stop, McQuiston’s latest novel comes with a content warning.) But it could lead to other concerns about fan entitlement, how backlash to a book can lead to demands that authors change their published books, and if the demand from some readers that characters or works be morally unambiguous might ultimately affect the kinds of stories that are written.

“Last night I saw a fan bot account for an author call the author out over a line of dialogue in the novel and demand accountability from them on this website and knew that we’d jumped the shark,” author Brandon Tayler tweeted. “Truly, reality is glitching.”