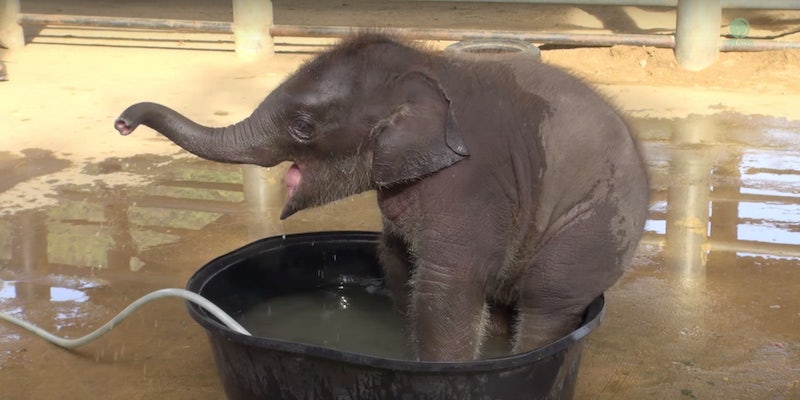 Young elephant outgrows favorite bathtub, tries to get in anyway

This elephant loves bathtime, but he’s run into one big problem.

At age 1, Navann isn’t fully grown yet, but during one particular bathtime, he finds himself unable to fit into the bathtub like he used to. But that won’t stop him from trying, no matter how uncomfortable he is during the whole thing.

All he needs is some help from Mom—and next time, a bigger tub.