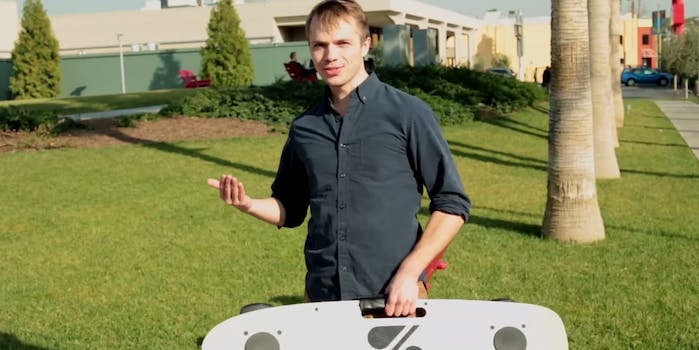 It’s not so easy to use an electric skateboard

No skill? No problem!

In the latest installment of its YouTube series “People Try Future Things,” BuzzFeedBlue gathered people together to test out a futuristic technology: the electric skateboard.

It’s not the hoverboard from Back to the Future Part II, but it’s a start. Kind of.

The relatively normal-looking board, which is powered by batteries, responds to pressure placed on a certain part of it by the user. It then glides, turning the casual observer into Tony Hawk—assuming Tony Hawk was standing perfectly still on one of those moving walkways at the airport.

Needless to say, since the video gathered together people who had never ridden anything more thrilling than a stationary bike, none of them dared any tricks on the electric skateboard.