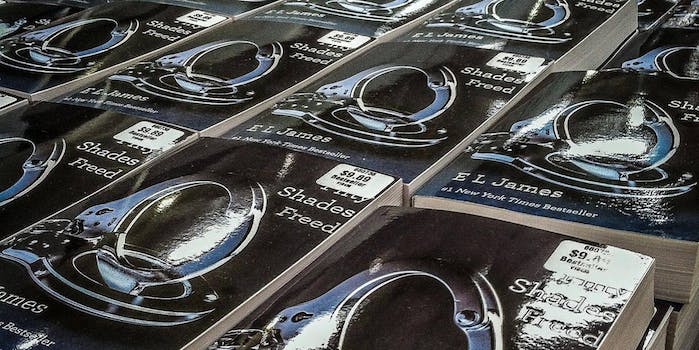 To hear these old people read about oral sex will completely ruin your day.

If there’s one thing the Internet delights in, it’s the reactions of the elderly to the wild and outrageous pop culture of today. Somehow, YouTube has yet to wrap its head around the fact that those who grew up during the great depression and in a time where women didn’t have the right to vote are shocked by the fact that Nicki Minaj shakes her ass so often.

While this particular genre of reaction video isn’t new, we continue to find ways to capitalize on it. Enter the Fine Brothers, a YouTube duo who have sat down some of their more mature friends to show them the Fifty Shades of Grey trailer and solicit their opinions.

But that’s not all they’re giving you. Don’t press play to watch for these AARP card holders reacting to the Fifty Shades of Grey trailer, instead, stick around to hear these denture clad mouths read lines that describe oral sex in such saucy detail it’ll ruin all those bedtime stories your grandmother read you.