Being bad never looked this good.

This past weekend, photos and videos of El Chapo wearing some rather flamboyant button-downs began appearing on the Internet. Finally, we’ve discovered where those shirts come from: a Los Angeles menswear company called Barabas, whose sales have reportedly skyrocketed since the pictures’ release.

A screenshot of Sean Penn and El Chapo from their Rolling Stone magazine interview, which basically started this entire thing, features prominently on Barabas’s website. The drug kingpin is seen wearing one of the company’s striped tops. And just so you know the shirt is theirs and no one else’s, they put El Chapo next to a model wearing the exact same button-down. 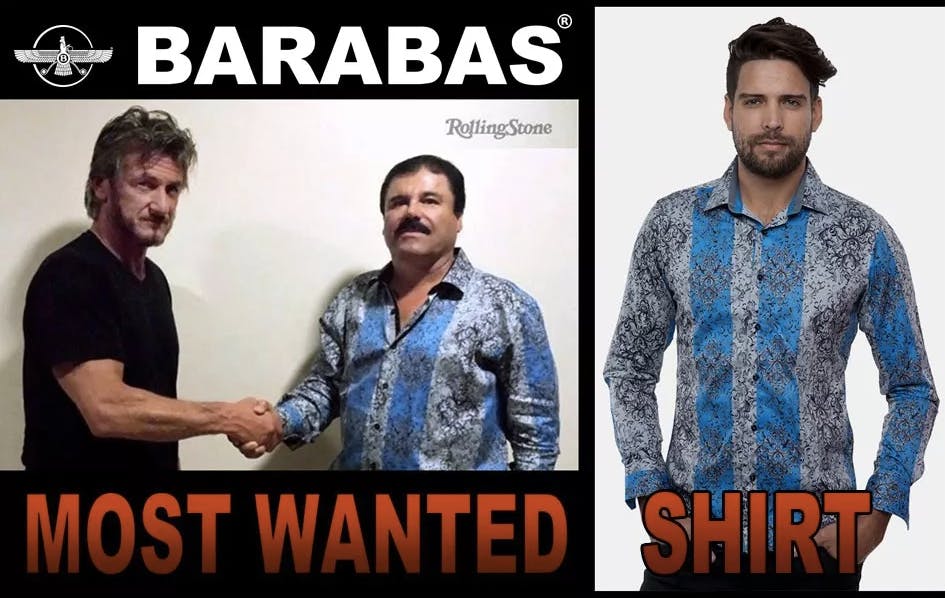 What’s most surprising about all of this is the fact that people are actually paying $128 for these shirts (in addition to the striped one, there’s also a sea-blue paisley top). Why? Who knows. Maybe they’ll become collector’s items or something. Either way, Barabas is reaping the benefits of this free publicity.

If you find yourself wanting to emulate El Chapo’s swagger, keep a tab on the company’s Facebook and Instagram pages to learn when the shirts become available again.