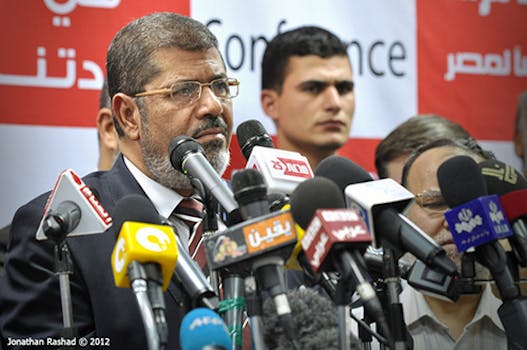 An Egyptian court has ordered the government to block access to YouTube because of the controversial trailer for "The Innocence of Muslims."

For the first time ever, Egypt has banned YouTube.

YouTube is a frequent target of banning in the Muslim world—Pakistan banned the site in 2012—but Egypt had never yielded to the temptation. That changed on Friday, when a court ordered the government to block access to the video sharing site, supposedly for one month.

An Egyptian administrative court in Cairo enacted the one-month ban based on YouTube’s unwillingness to delete “The Innocence of Muslims,” a scurrilous video on the Prophet Muhammad made by Nakoula Basseley Nakoula, an Egyptian Coptic Christian residing in the U.S.

The suit was brought by an attorney, Mohammed Hamid Salim, who presented his case as one of national security.

Judge Hassouna Tawfiq also extended the ban to include any online property that hosted or communicated the film, which inspired violent protests across the region since it came out in July of 2012. Those protests began in Egypt in September before traveling across the region.

Egyptian criminal court sentenced the filmmaker and six others to death in absentia in November.

YouTube regularly assists in the blocking of offensive material for various regimes. The company removed access to the “Innocence of Muslims” trailer  for a number of countries, including Egypt. However, according to a Google spokeswoman who spoke to the New York Times, Egypt did not contact the company about this case.

As the Associated Press noted, “The ruling however can be appealed, and based on precedent, might not be enforced.” Nevertheless, few regimes are in a hurry to remove censorship actions once they have been enacted, so it remains to be seen what will happen at the end of the period.

Ahmed Zidan, an Egyptian editor and digital journalist, told the Daily Dot he believes the move is a cynical one.

“Banning YouTube is like any kind of banning or blocking. It lacks any rational or logical basis. It’s a kind of telescopic vision and a familiar procedure for any totalitarian regime, to say the least…  It’s the easiest shelter for the regime to appear more Islamic, given that the Egyptian constitution now protects Allah, the prophet and Mohamed Morsi as holy figures who can’t be criticized. It’s yet another move from a rather dying regime.”