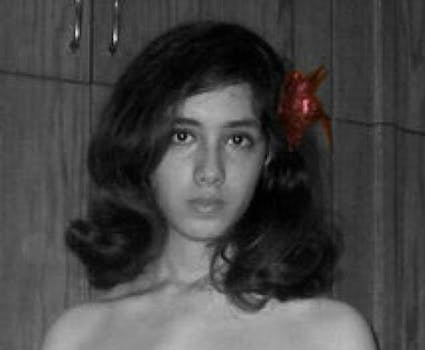 Egypt may strip nude photo revolutionary of her citizenship

Egyptian Islamists are trying to take away the citizenship of a woman who went naked to protest the country's new consititution.

Alia al-Mahdy, the Egyptian activist known for politically exposing her naked body, did so again last month in a protest video made with members of the Russian group FEMEN. The video is a protest against the current government’s constitution, which al-Mahdy and others believes institutionalizes Islamist views on, and against, women.

Now, Islamists are petitioning the Muslim Brotherhood government of Egypt to strip her of her citizenship.

According to Al Arabiya, an Egyptian Islamist activist, Mahmoud Abdel Rahman, has petitioned the country’s public prosecutors, suing for them to revoke her citizenship and to put her on a watch list that would allow public officials to arrest her should she return to her homeland.

“By standing there naked,” Abel Rahman wrote in his complaint, referring to her video with FEMEN, “she tarnished the image of Egypt and derided religion.”

The hate and rage directed at al-Mahdy since she took part in the protest has not been limited to legal measures. She told the Egyptian news publication al-Watan that she’s been getting death threats.

“If I go back to Egypt, I will be put in jail and I might be killed if the current regime remains in power.”

Islamists are hardly the only group to condemn al-Mahdy, noted the online magazine Jadaliyya in an interesting essay on the implications of her protest. From her first photo in late October of 2011, liberals have screamed condemnation as loudly as any bearded, barefoot would-be mullah.

The April 6 Youth Movement, an early Facebook-based youth protest group, went so far as to shamefully accuse her of being part of a conspiracy against them. “How can we have accepted the membership of a girl who behaves like this?” they asked, in an apparent vacuum of self-awareness.

The shaky rationale for her condemnation by Egyptian liberal groups is that al-Mahdy has given Islamists a pretext for attacking those who do not want an Islamist regime.

“They have double standards,” al-Mahdy said. “They claim they believe in freedom, but they never practice what they preach.”

“I did not believe that a Cause which stood for a beautiful ideal, for anarchism, for release and freedom from conventions and prejudice, should demand the denial of life and joy. I insisted that our Cause could not expect me to become a nun and that the movement should not be turned into a cloister. If it meant that, I did not want it.”

When in doubt, always back the naked chick.