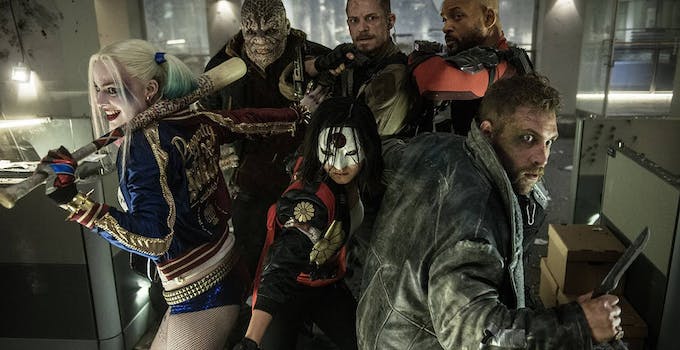 Politics is about nothing if it isn’t about accepting compromises, and the recently passed USA Freedom Act is a fine example.

Despite what you might have heard, the USA Freedom Act—which was passed in the Senate and signed by President Barack Obama on Tuesday—does not end the National Security Agency’s mass surveillance program completely, nor does it make the notoriously sealed FISA courts all that more transparent. Civil liberties advocates and lawmakers alike wish the language of the bill were stronger to avoid the kind of complicated loopholes our nation’s spy agencies have relied upon for years.

To that effect, the Electronic Frontier Foundation has a nice laundry list of amendments and executive orders that will continue to empower the NSA to violate the privacy of American citizens. The USAFA is very much a real victory for privacy activists, but what it doesn’t do should be remembered.

Perhaps some of its biggest accomplishments should be the change in tone the bill has given to the debate over government spying. What seemed like an uphill slog now seems like an achievable goal. As Trevor Timm, co-founder of the Freedom of the Press Foundation, wrote on BoingBoing, the law “shows the power that investigative journalism and brave whistleblowing can have on even the most entrenched government interests.”

Indeed, much of the credit for the bill should be given to Edward Snowden, the former NSA contractor who started the discussion by uncovering the NSA’s illegal activities in the first place. Even the level-headed Associated Press dared to call USAFA “a victory for Snowden.”

After Edward Snowden leaked details of the NSA’s mass surveillance program to the public, lawmakers in Congress were able to respond to it with a weakened but still productive solution. In this way, Edward Snowden has helped Congress and the president do their job of serving the American people.

Even the level-headed Associated Press dared to call USAFA “a victory for Snowden.”

How can we then continue to treat Snowden as if he were a traitor? Snowden blew the whistle on blatantly government wrongdoing—activity necessitating the reform of the legislative and executive branches—and now must hide in Russia as a reward. Snowden shouldn’t be a refugee of some political crime; he should be pardoned—at the very least—and thanked for his service to the American people and the United States as a country.

The government has already implicitly admitted that Snowden is an American hero—and not a criminal. In his first official speech in response to the revelations, President Barack Obama handed out a few ineffectual reforms that never changed much but confessed “more work will be needed in the future,” and even went so far as to admit “this debate will make us stronger.”

But it’s a debate we would never be having were it not for the man to whom President Obama’s Justice Department has refused clemency. If this debate over privacy rights and security makes us stronger—which it undoubtedly does—why are we continuing to punish Snowden, instead of showing him our gratitude?

But as a common Westerosi proverb says, words are wind. Obama can contradict his own logic as much as he’d like in the face of a public outcry, but the USAFA is actual legislation, not political lip service. By signing the law, Obama is giving far more than his tacit agreement of the need to reign in the spy agencies he himself has allowed to run so out of control. By endorsing the action necessary to make such reforms, even if it isn’t everything privacy advocates wanted, President Obama has validated the ideals for which Snowden has worked.

This affirmation of Snowden’s actions has come from more than just the White House. Early last month, the federal Second Circuit court ruled that the portion of the Patriot Act most often cited to justify the NSA’s mass collection of internet and phone records—more commonly known as Section 215—did not, in fact, allow for such broad and wholesale surveillance. The court openly ridiculed the government’s justification for its stores of private data, calling it “unprecedented and unwarranted.”

Although the ruling had a “mostly symbolic” effect on how the government views Section 215, it’s further proof Snowden has been in the right this whole time.

So by most definitions, his work to end those programs should not be defined as “an act of treason,” as Senator and Chairwoman of the Senate Intelligence Committee Dianne Feinstein put it. Nor has Snowden, in the words of former NSA chief Michael Hayden,  caused “unquestionable, irreparable, irreversible harm” to America’s national security interests. By most accounts, not a single terrorist plot against the United States was ever ruined by information gleaned through mass surveillance.

What Snowden has done is put the necessary pressure on both Congress and the president to take action against these programs. Although his actions were undoubtedly illegal, Snowden has done a great service and paid a great price in the name of forcing government action on an issue of paramount importance to all Americans.

The USA Freedom Act could certainly have more teeth, but it’s one step among many toward a government that respects the privacy of its citizens. For that, not only should we thank Edward Snowden, but so should the government.

Gillian Branstetter is a social commentator with a focus on the intersection of technology, security, and politics. Her work has appeared in the Washington Post, Business Insider, Salon, the Week, and xoJane. She attended Pennsylvania State University. Follow her on Twitter @GillBranstetter. Screengrab via Last Week Tonight with John Oliver/YouTube