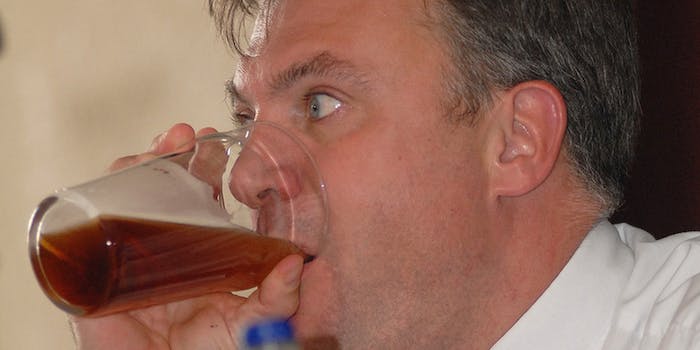 It is now the three year anniversary of that fateful day when U.K. politician Ed Balls tweeted the one tweet to end them all: his own name. Now immortalized as one of the greatest incompetent middle-aged politician tweets of all time, it has given rise to its own meme: #EdBallsDay.

Future archaeologist in 2327 AD: “digital shrine evidence points to Ed Balls having been the god of shambolic self-sabotage. ” #EdBallsDay

And the much anticipated Ed Balls Oscar Selfie. #EdBallsDay pic.twitter.com/d93mBylcNy

Have you had any #EdBallsDay cards yet? My Mum never forgets! pic.twitter.com/rOCfXLN6cK

Got a present for #edballsday from my boss but it was just a name plaque with his own name on it.

The backstory for this iconic tweet is that, one fine April day back in 2011, Ed Balls was grocery shopping when an aide suggested that he search his own name. Instead he mistakenly tweeted “Ed Balls” to the world, unaware that he could delete tweets after posting.

Ok, ok.. Because it would be rude not to..! RT @edballsmp: Ed Balls

Last year, he made sure to acknowledge the momentous occasion of #EdBallsDay with a retweet. But this time around, it seems as if his interest may be waning. He did wish everyone a “happy day” though, which is better than nothing.

Greetings and a Happy Day to you all from the top of the 141 bus, now crossing (where else?) the Balls Pond Road…