An explosion damaged two buildings in the East Harlem neighborhood of New York City Wednesday morning around 9am ET. As of Thursday morning, authorities report seven people were killed and at least 74 injured, according to NBC News.

Here’s what the building looked like before the explosion: 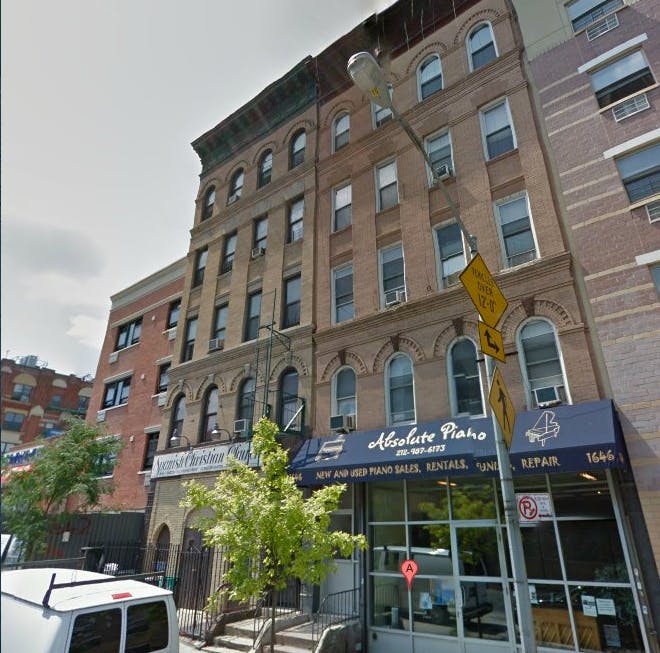 Police responded to reports of people trapped in rubble, according to the Times. CNN reports two people were carried out on stretchers. The NYPD bomb squad was sent to the scene on “a precautionary basis,” according to CNN. Sources say there is no apparent terror connection to the blast, and it was likely caused by a gas explosion.

Construction workers tell the Daily Dot they’re getting equipment to pry the collapsed roof up and find people inside.

A girl who escaped out of the back of one of the buildings says “it was definitely a scary experience.”

Officials said the MTA had suspended all Metro-North service due to debris on the tracks.

Bloomberg has a livestream of the area. ABC has more live video.

Smoke from the building, at 116th Street and Park Avenue, is visible as far as midtown.

Meanwhile, bystanders are tweeting and Instagramming the wreckage. “It’s a crazy scene,” one writes. “A building just completely exploded.”

A photographer is using a DJI quadcopter drone to snap aerial pics. He tells us the cops never give him a hard time. He says he’s never hit a bird with it, “thankfully.” His footage looks decent, but there’s so much smoke you can’t see much.

On my way to work and then BOOM! Building explosion collapse on 116th. NYC #explosion116 pic.twitter.com/4ZIrnoyiET

On 115th and Park, the furthest they’ll let us go. A crazy scene. pic.twitter.com/3iMFM50McL

Thick smoke on the ground at 115th and Madison pic.twitter.com/Z73O2AVGHM

Jesus. RT @Brosner85: Look at that hole — There’s nothing there. pic.twitter.com/S9cAbFGcXp

East side of Harlem is barely visible due to smoke. pic.twitter.com/6pNIVSV7eX

BREAKING: Aerial shot of the explosion and collapse in NYC. From @CBSNewYork #wbz pic.twitter.com/13udI55559

The Daily Beast has exclusive video: