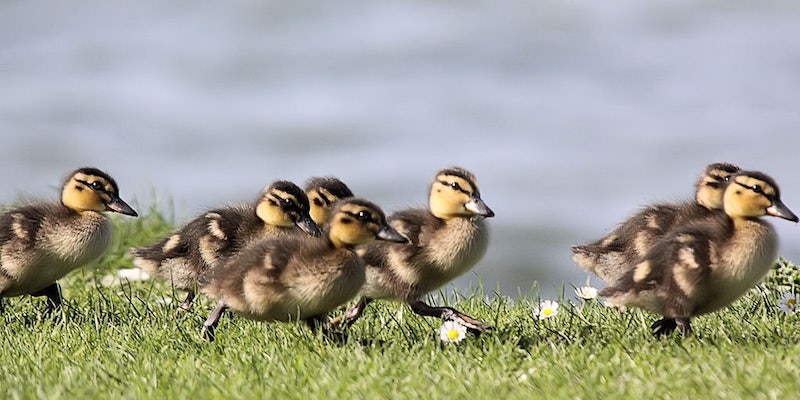 It's a bond for life.

Normally, after ducklings have hatched, they will imprint (form an attachment) onto the first thing they see—which, in most cases, is their mother. But what’ll happen when the mother isn’t around?

Matthew Sargent’s neighbor found 13 duckling eggs after the mother duck died. Instead of leaving the ducklings out in the wild, he placed them in an incubator.

But when they hatched, they imprinted on him, and whether he likes it or not, he now has 13 very young, fluffy children to care for.

As much fun it may look to have a baker’s dozen of tiny ducklings around, you’d be amazed how quickly adorable tiny quacks become downright obnoxious.