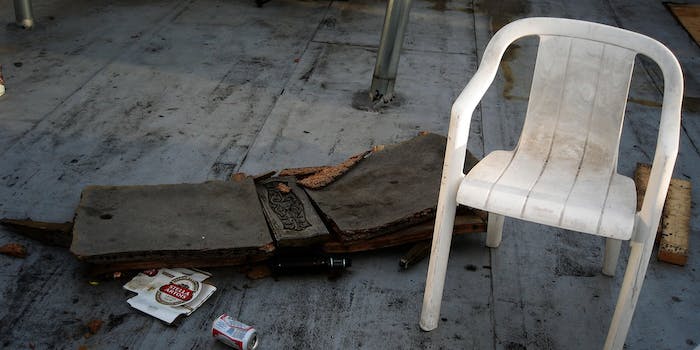 That's going to leave a mark.

Well, that’s one way to get rid of an IKEA table.

After a night of heavy drinking, “Luggy” Jeffrey accepted a £20 bet that he couldn’t smash his head through a table that was already on its last legs.

It goes about as well as you’d expect from smashing one’s head into a table as quickly as possible. Jeffrey doesn’t even notice the blood on his face after he manages to free himself. It’s a wonder he didn’t come out with more serious injuries.

It’s even better in slo-mo, which makes it look like there’s actually some thought and strategy going into it.

However, the bliss of winning that bet didn’t last very long.

“Unfortunately it wasn’t until the next day that my housemates kind of wanted a new table which ended up costing £15,” Jeffrey told the Tab. “£5 for smashing my head through a table… not worth it. The reaction I had from my mates… priceless.”