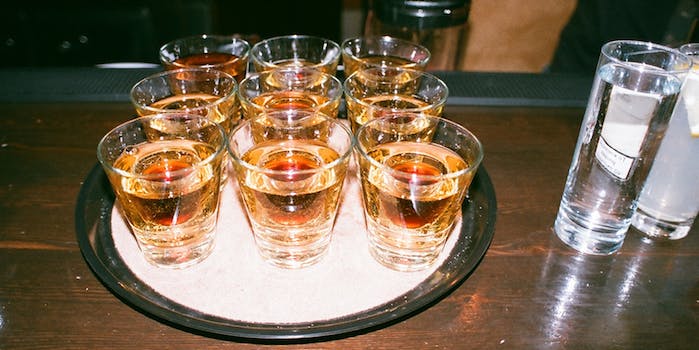 Now this is a night on the town.

It’s probably wishful thinking that makes drunk people imagine that everyone around them is equally plastered. But on certain, fleeting, glorious occasions, everyone really is.

A few boozed-up fellows stumbling around some American city at night found this out as one of their party struggled manfully to make himself vomit. (Here’s three and a half minutes of that, if you can stand it.) Naturally, a car pulled up next to them so that another dude could lean out the passenger door and show the puke-shy guy how it’s done.

“What the fuck are you recording me for, cocksucker?” Bellowed like the Internet’s new spirit animal, bro.