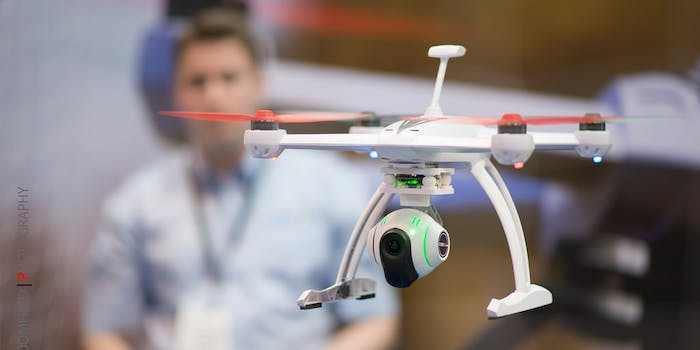 Drone owner loses control of his craft, with painful results

His reaction is adorable.

Of course, part of owning a drone is being able to properly fly one.

YouTube user Rupesh Varghese learned this lesson the hard way when his majestic sweep of a parking lot ended with a rather painful cameo—along with an adorable little yelp.

The FAA doesn’t require flight school for amateur drone pilots. If videos like this are the occasional result, we’re inclined to support that decision.

Photo via Andrew Bloomfield/Flickr (CC BY 2.0)