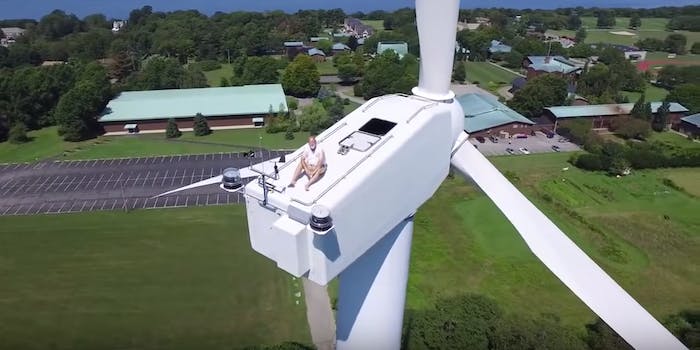 That's one way to catch some rays.

A Rhode Island drone pilot came across a very unexpected sight at the top of a wind turbine.

Kevin Miller spotted a man laying on top of a 200-foot-tall turbine, napping and soaking in all of the sunlight (which was closer to him than it was to most people, if you think about it). It wasn’t clear whether the man had been sent up there to repair the turbine or whether he just went up for some peace and quiet, but he was friendly enough after Miller’s drone woke him up.

The man seemed rather nonplussed about the whole thing, too, which makes us wonder how many times this has happened to him before.