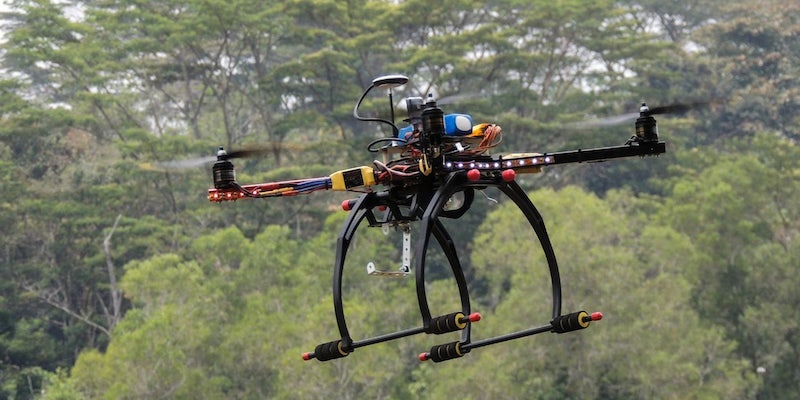 If you see one of these drones coming your way, take cover.

Drones kill people. Guns kill people. The worst idea in the world, then, belongs to whomever thought, “Let’s put the two together and see what happens!”

Despite all the common-sense reasons not to do it, some enterprising person built a drone gun.

According to the video description, the drone is a “homemade multirotor with a semiautomatic handgun mounted on it” and “the length from the muzzle to the rear of the frame is over 26 [inches].”

If you believe this particular drone looks scary—well, you’re probably not alone.

As one commenter wrote, “I advise taking this video down/removing the weapon from the machine. There already exists enough paranoia about the usage of multirotors, and the media would go nuts with this video. If something like this [is] abused, consumer multirotors may be banned outright.”

Yet the above video doesn’t appear all that frightening — at least if you compare it to the video below.

After watching that video, it’s hard to disagree with that dude when he proclaims, “In the next 10, maybe 15 years, shit is going to get very real.”