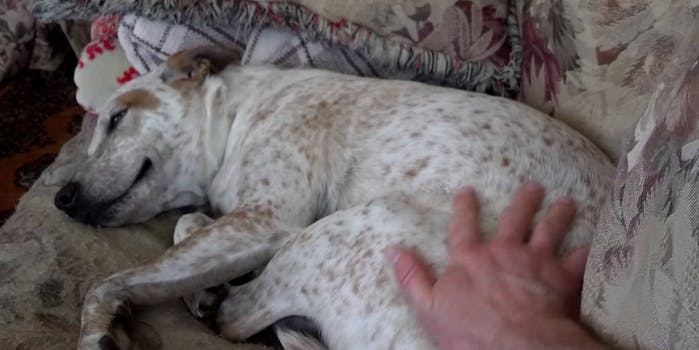 Adorable dog smiles after waking up from a happy dream

What is Scout the dog dreaming about? Running through a meadow in the sun? Eating a nice juicy steak? Jumping in puddles?

Whatever it is, it’s making him smile.

Scout’s owner recorded him sleeping on the couch, moving slightly in his sleep until he woke up with a smile on his face.

The moral of this story: All dogs should be this happy all the time.