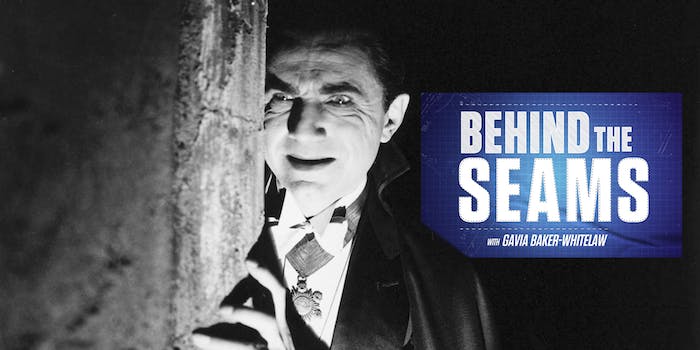 The surprising history of Dracula’s cape, an iconic Hollywood costume

Why does Dracula's costume bear zero resemblance to the character in the novel?

Dracula’s costume—a tuxedo and a dramatic black cape with a red lining—is one of the most iconic outfits in Hollywood history, parodied by an untold number of Halloween costumes. But if you’ve read Bram Stoker’s novel, you’ll know it bears zero resemblance to the original Dracula.

The novel introduces Dracula as a monstrous figure with a white mustache and bushy eyebrows, wearing a nondescript black outfit. So where did his legendary red-lined cape actually come from? In this week’s episode of Behind the Seams, we trace the history of Dracula’s costume, including its theatrical origins, the impact of the 1931 Bela Lugosi movie, and how later films have tried to reboot and revitalize Dracula’s appearance.

Each week on Behind the Seams, we examine a different element of cinematic costume design, whether it’s an in-depth analysis of Mad Max: Fury Road, or a look at the concept of historical accuracy. Click here to subscribe now!