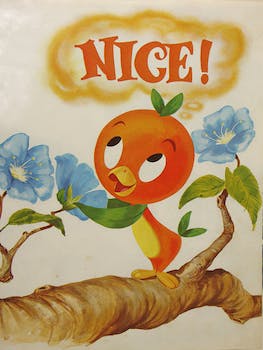 Dot Dot Dot: Why it’s naughty to be nice

Be Nice on the Internet Week: What idiots came up with that idea?

Nice guys finish first: That’s the easy headline to put on the ascension of PayPal boss Scott Thompson to the rickety throne of Yahoo. The mild-mannered Cliff Clavin clone now gets to run a Web empire in retreat.

(On the bright side, in exiting PayPal, he no longer has to be the guy who takes toys from poor kids and orders antique violins destroyed. So that’s nice for him.)

His predecessor, Carol Bartz, was famously not nice. She swore like a sailor. She pissed off employees. She upset key partners like Chinese Internet entrepreneur Jack Ma.

Bring on the niceness!

In this same spirit, Real Simple magazine has declared January 9-13 “Be Nice on the Internet Week.”

What a bunch of bozos!

I see constant calls for civility online. Sure, comments on news sites and blogs have become a cesspool. The solution for many: Requiring commenters to link their Facebook accounts, thereby guaranteeing that their friends and family members will see their clever remarks about an article writer’s parentage and sexual habits.

That kind of thing does make an amateur Web comic think twice before spouting off, it’s true. But it also keeps people from saying what’s really on their mind.

It’s one of the things I love about Reddit, where people regularly use pseudonyms and throwaway accounts to express themselves. Yes, it can be toxic—racist, sexist, homophobic, and/or just plain juvenile. But there’s a superego to go along with the id. Reddit’s voting algorithms and its self-correcting community serve to keep things in check.

It’s not nice; it’s definitely messy, but it’s a real view into what’s going on inside people’s heads.

In a past life, I was deemed Silicon Valley’s sultan of snark. I never knew quite what “snark” meant, though. It is, after all, a made-up word, invented by Lewis Carroll. It’s something you hunt for—and sometimes if you find it, you vanish.

But I generally gathered that when someone called me “snarky,” I’d made the mistake of writing something true. My bad!

Sometimes niceness can be the ultimate form of disrespect. Recall Jack Nicholson foaming at the mouth in A Few Good Men: “You want answers? You can’t handle the truth!” Minus the spittle, that’s the attitude people take when they’re being nice.

Between reflexive rudeness and condescending niceness, there’s a path toward honest self-reflection. Certainly Scott Thompson will need that as he takes stock of Yahoo.

Everyone is fussing about the fact that Thompson, who previously worked at Visa, is a payments geek and a technologist, while Yahoo’s thought of as a media and advertising company.

Here’s a novel thought: Why not think of Yahoo as a collection of communities? From the raucous message boards on Yahoo Finance and the ad-hoc connections of Yahoo Messenger and Yahoo Groups to the neglected photo fans on Flickr, Yahoo thrums with the vibrancy of voices.

Bartz always seemed too entranced with the sound of herself talking to pay attention to them.

Thompson has started off talking about data. But the data that Yahoo throws off is the product of people. And he needs to start by understanding them. Maybe that’s the real way to be nice. It’s not how you talk. It’s how you listen.