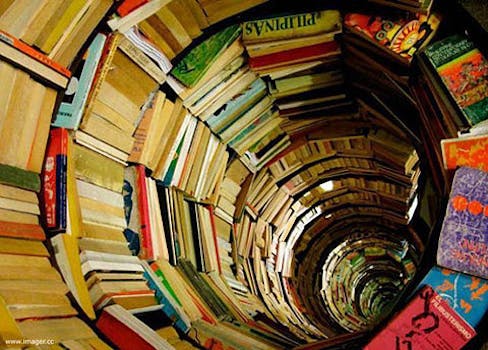 How would you feel if your best friend turned out to be a bot?

It sounds like something out of a Philip K. Dick novel, but this is the world we now live in. Many of the most popular Facebook pages with the highest engagement are little better than bots—they’re content farmed.

For those of you not familiar with the term, “content farms” are companies that produce huge amounts of text, photos, and video, with the aim that it will surface in search results or other discovery engines—including facebook, apparently. The idea is that if you can produce this stuff cheaply and at high volume, you’ll get enough clicks that you’ll make money on cheap advertising.

Content farms by their nature devalue searches so dramatically that Google has spent the better part of the last couple years trying to eradicate them from results. Because “content” is actually a misnomer. Usually this stuff is so quickly and shoddily produced that it’s pretty much, well, content-free content.

The Daily Dot recently dove into one of these immensely popular pages, called “Dresses.” It’s run by a group of Egyptian 20-somethings who rip off other people’s content and string together enough of a nonsensical flood that it garners a huge amount of engagement—usually in the form of frustrated comments begging for someone to please just tell us where to buy these things.

Their main technique for being such a dominant page is simply volume. Make enough content, and some of it will stick—it’s like the library in Borges’s story: if you have an infinite number of books with every possible combination of words, one of them will be Hamlet (and one will be Bridget Jones’s Diary, for that matter.)

What about our individual, personal Facebook pages? Content’s not exactly reliable there, either. When they’re not filled with friends’ baby pictures (and shots of the awesome lunch someone you vaguely remember from high school just ate), they’re filled with not just spam, but hoaxes, and real trouble.

Hoaxes in the last week or so include: a missing teen, a Taylor Swift sex tape, and rumors that Facebook would be down for maintenance from the 29th to the 31st this month (get it?).

Getting conned on Facebook can have far, far worse consequences than making you look stupid for sharing an event scheduled for Feb. 31st.

For one thing, it can get you arrested.

Maybe you like baby pictures, but all those photos of people on vacation drive you crazy. We get it, you’ve seen Trafalgar Square, great job, you have a passport. Well, sometimes posting your annoying vaca-grams can have consequences—if, for example, you are wanted for a diamond heist in England.

Or perhaps you want everyone you know to know that you have sex. I mean, cool people have sex, so if you’re having sex, you must be pretty cool, right? Let’s be honest, if you think that having sex is an achievement worthy of a Facebook post, you are probably underage. Which also makes this awkward post a serious crime. (Once you’re closing in on 30, then it’s only truly momentous sexual exploits that warrant a Facebook post—see all those baby pictures mentioned above.)

Hilarious as many of these Facebook crimes are, just as many are not—especially for the young, who make easy targets for pedophiles and others who would exploit their naiveté. For example, it may seem innocent enough to accept a friend request from someone you don’t know. Not, however, if that friend is using Facebook as a recruiting tool for pimps. Gangs look for girls showing some skin or posed suggestively in photos and initiate contact, hoping to use money, drugs, and other tools of coercion to add to new prostitutes to their rolls.

Not to be overly glib (sorry, occupational hazard), but I can’t help to think—if they’re looking for working girls, why not try Bang with Professionals, the dating service for LinkedIn users?

It’s worrisome that gullible young girls are being recruited by gangs and that some people are sharing ridiculous hoaxes, but our nature is self-preserving, mostly. Does it affect you? If you’re not 17, you probably don’t accept friend requests from people you don’t actually know, and if you’re not your mom, you probably are able to steer clear of most scams and hoaxes. Unless you’re one of the 25,000 people who have spread the Feb. 29 hoax.

But what about spam? Dresses is regularly one of the 30 most talked about pages on Facebook. To put it in perspective: Dresses is bigger than Lady Gaga.

So content-farming and spam probably does affect you; does it matter?

Much of the content on Dresses is stolen from a young woman and active Polyvore user with a great eye for style: Aly Monique. She now keeps her own blog, since we’ve alerted her to the fact that her content is immensely popular on Dresses. And, truth be told, she has only a tiny fraction of the audience.

Lady Gaga may not actually be your best friend—she may even be a carefully constructed personality—but there is some core authenticity to Lady Gaga that a page like Dresses lacks. Even if she is constructed, that construction seems invested with the views and the personalities of the people producing the phenomenon that she is, and the people she connects with. It is more of an act of authorship than spam. She’s like a three-dimensional character in a book, not just noise that we imagine may sound like music for a second or two.

Studies on hypertension have shown that faking happiness is just as stressful as losing your tempers. In other words, authenticity matters. Also, if you have high cholesterol, a lack of authenticity can kill you.

Of course interacting with a Facebook page isn’t exactly the same as pretending to be happy, but I think the principle transfers to some extent. Real human interactions matter. Even if they are on a Facebook page.