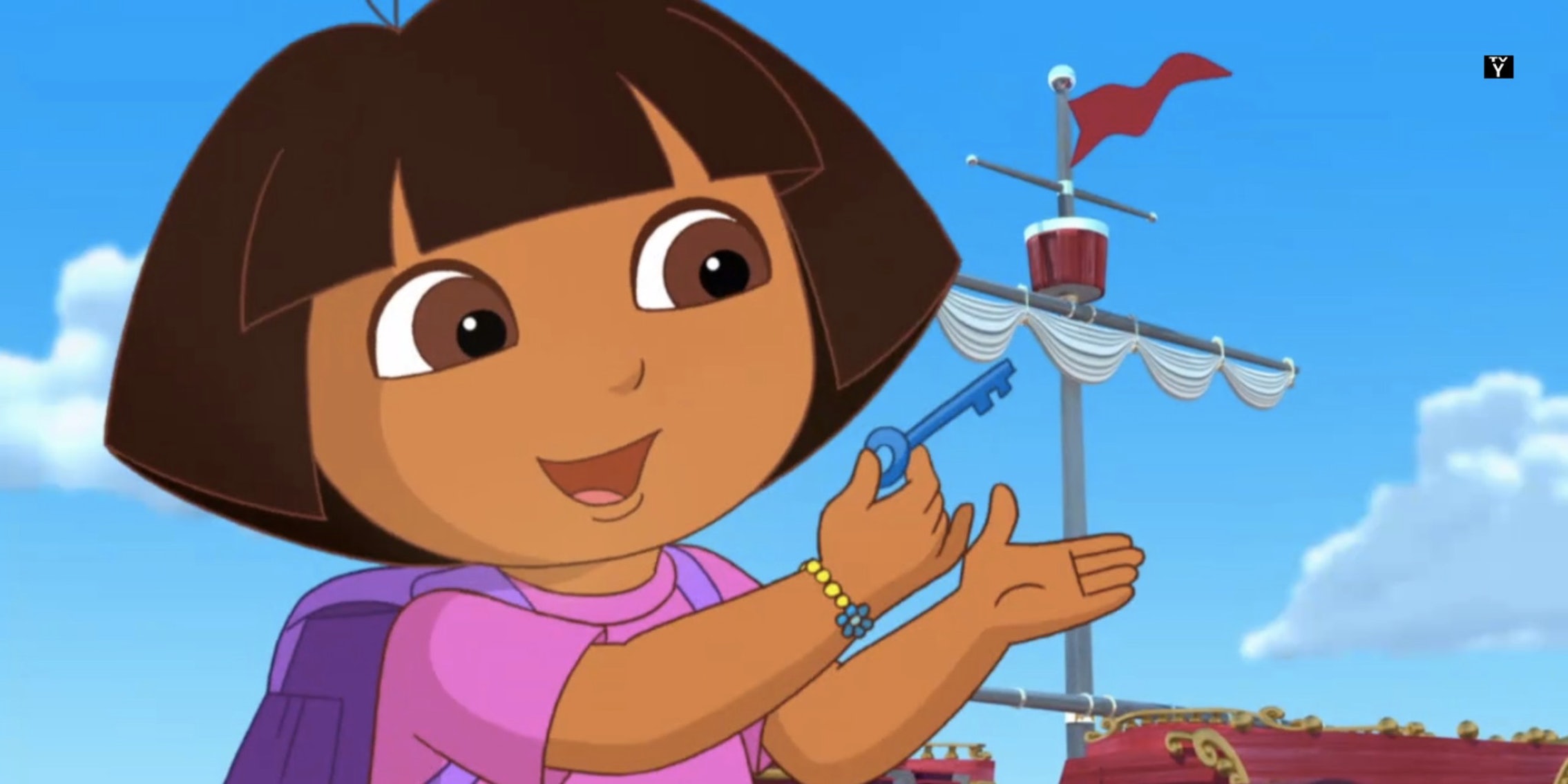 Would she have done this to Boots?

Dora the Explorer might be all up on her high horse telling Swiper no swiping, but apparently somebody should’ve told her “Dora, no vaping.”

Back in April, news broke that Dora voice actress Fatima Ptacek allegedly pressured a friend to vape while in their private high school’s bathroom. The 15-year-old Ptacek was only given a 3-day suspension, while the friend was expelled.

For the record, there weren’t even actual drugs in the vape—it was just caramel flavored water.

So the expelled girl’s parents turned to sue the school. Court papers recount the scorned teen’s side of the story, explaining that she was peer pressured by Ptacek to get lit off the sweet delicacy of caramel.

If the voice of an iconic Nickelodeon cartoon character pressuring someone to take a hit from an e-cigarette wasn’t enough of an outrageous situation, a new court filing takes it to the next level.

The New York Post reports that, according to the expelled student, she tried to reject Ptacek’s offer. That’s when Dora went off on her.

In the statement, she explains that, “I told her I didn’t want to, but she called me a ‘pussy’ and my competitive side kicked in.”

Pussy—didn’t know they taught that word on Nickelodeon. But I guess children’s cartoons really have changed over the years.

While we have to wait for a court of law to deem whether or not these claims are true, we can now at least imagine Dora pulling out an e-cigarette from her trusty purple backpack and calling Boots a pussy until he smoked.