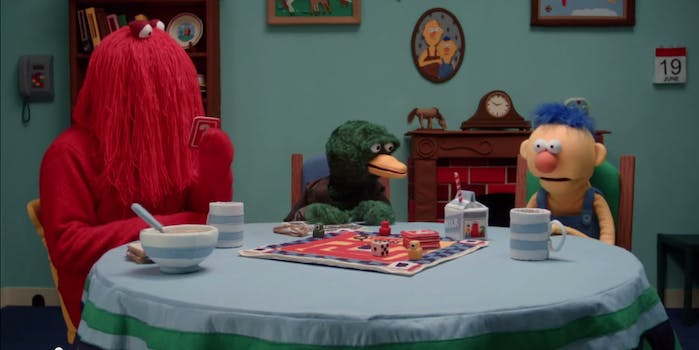 YouTube’s creepiest show is back with a segment on computers

How are these videos so consistently disturbing?

YouTube‘s most disturbing fake children’s TV show is back.

Don’t Hug Me I’m Scared first appeared in 2011, providing a bizarre and surreal twist on puppet shows like Sesame Street. After a Kickstarter campaign last year, the animators are back with a faux-educational segment about computers.

We advise that you don’t watch this directly before going to bed. As with all Don’t Hug Me I’m Scared videos, it is pure nightmare fuel.

Having watched their earlier videos on creativity, time and love, we can’t wait to see what Don’t Hug Me I’m Scared will ruin next.