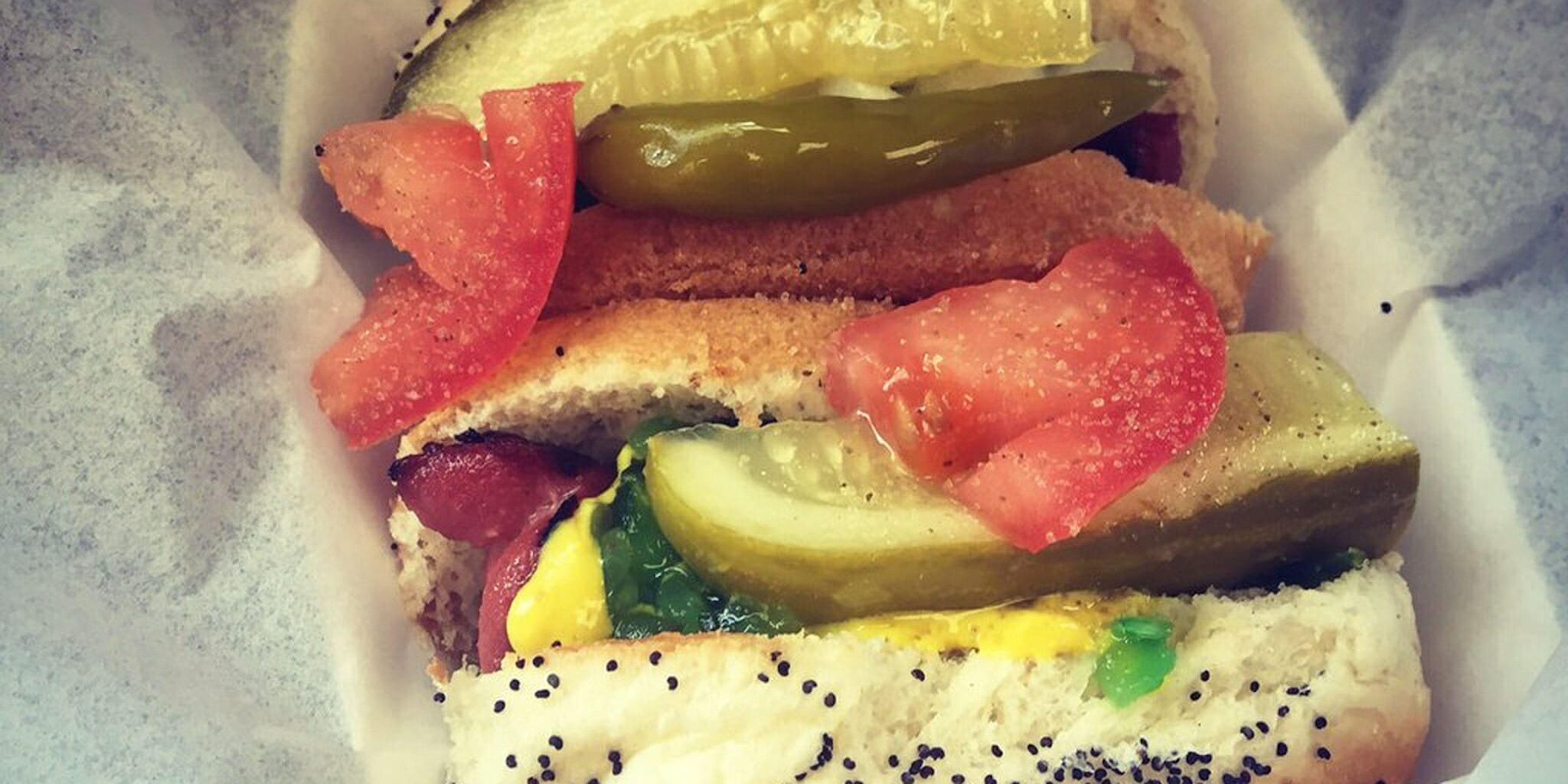 If you’ve been paying any attention to the Republican presidential primary, you’ll probably agree that recent rallies have essentially turned into comedic roastings, with presidential hopefuls ragging on each other and rarely, if ever, discussing the issues that America is currently facing.

Granted, it has created some great moments, like Marco Rubio making fun of Donald Trump‘s small hands, leading to an obvious joke about the latter’s penis size.

Inevitably, Trump defended his manhood on national television, assuring the nation that there was “no problem” with either his hands or his package.

But for Trump, the damage has already been done.

The “Trump Footlong” is a three-inch Chicago-style hot dog served with mustard, relish, onion, tomato, pickle, peppers, and celery salt. “3 Inches Of The Best Tasting, Most Flavorful Beef You’ve Ever Had. We Guarantee You There’s No Problem. We Guarantee It,” reads a sign in the restaurant.

Don't be a loser! Put a foot in your mouth, trump style! Trump footlongs: 3 inches of premium tubesteak, no problems pic.twitter.com/iYFpup3Ccf

Could it be because of our ART OF THE MEAL menu, coinciding w @realDonaldTrump's chicago stop? pic.twitter.com/DGBCL7W5mY

If anyone is making America great again, it’s Wiener’s Circle.