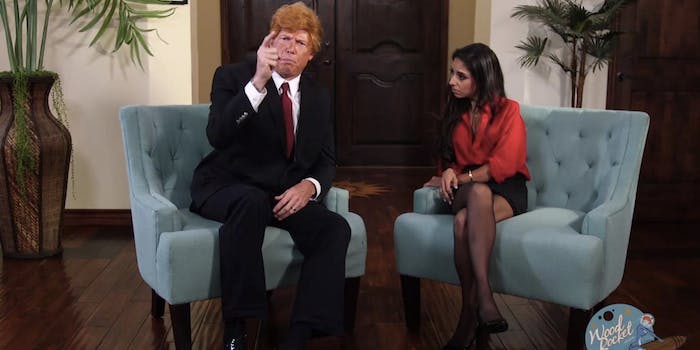 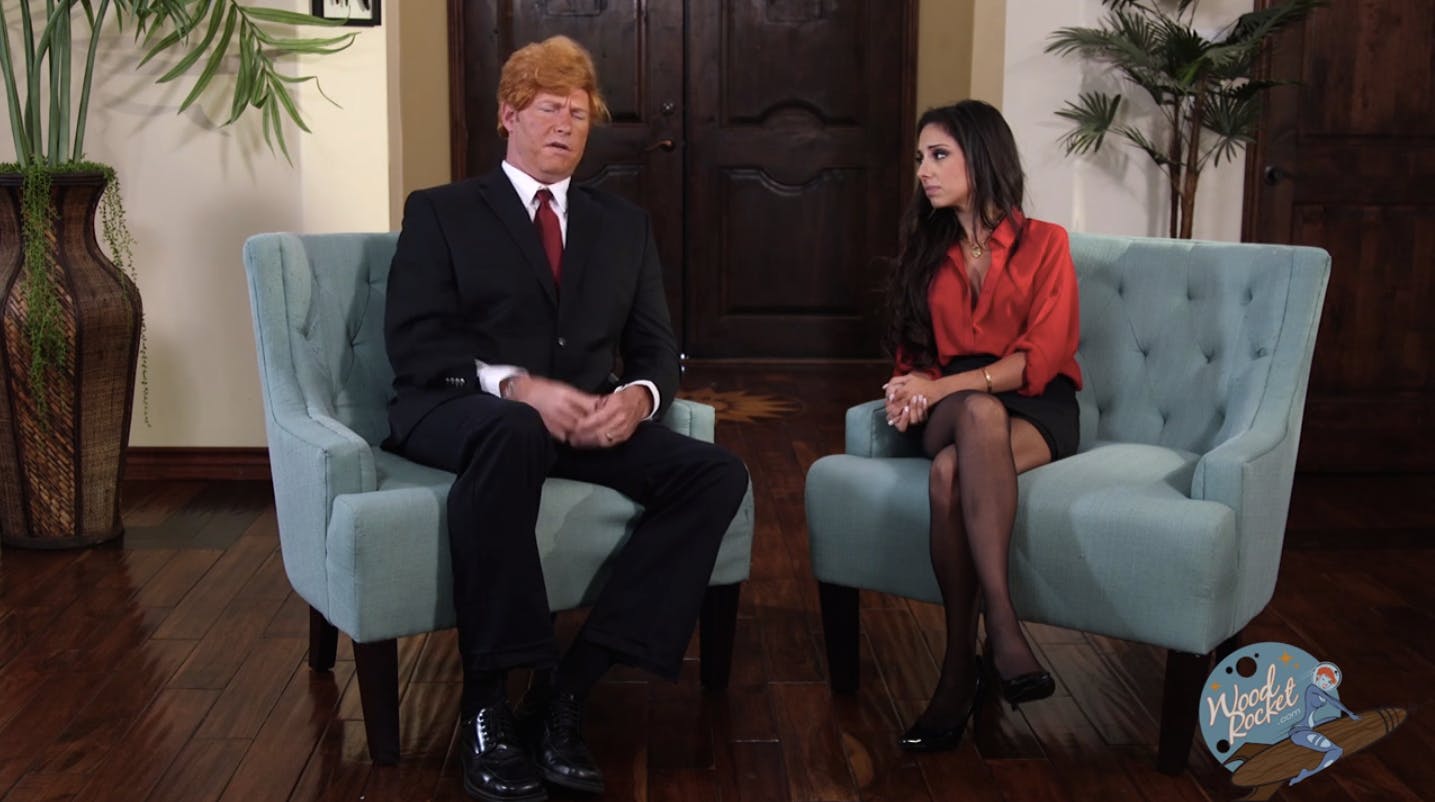 Dick Chibbles stars as Donald Tramp—you might recognize him from past works such as Porks & Recreation. Trinity St. Clair plays opposite Chibbles, as a lady friend who may or may not be based off of Megyn Kelly. (She probably isn’t, though, because she seems much more aware of minority issues than the Fox News anchor.) 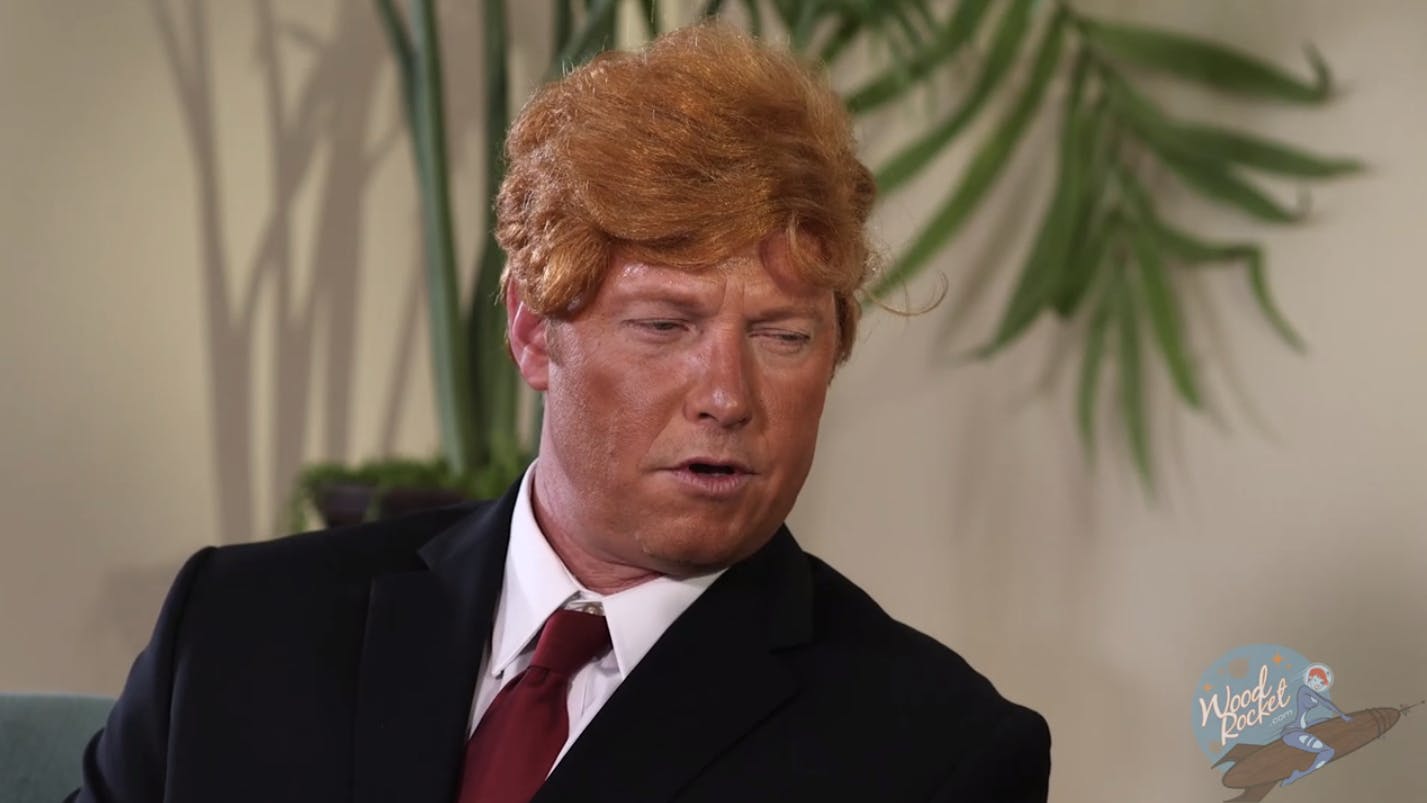 The most disappointing part of the whole thing, though, is that when Tramp finally unleashes his load on St. Clair’s bosom, they fail to make a money shot joke. What a huge missed opportunity.

Other than that, the spoof actually functions as a self-aware critique of the fact that Trump’s political trajectory has been both entertainingly frustrating and extremely worrisome. At first, St. Clair’s character is totally uninterested in having sex with Tramp. But then he says he’ll use his “ranting billionaire charm” to win her over and starts doing this hypnotic sort of stare through squinted eyes. Next thing you know, he’s taking off her shirt, and she’s totally DTF.