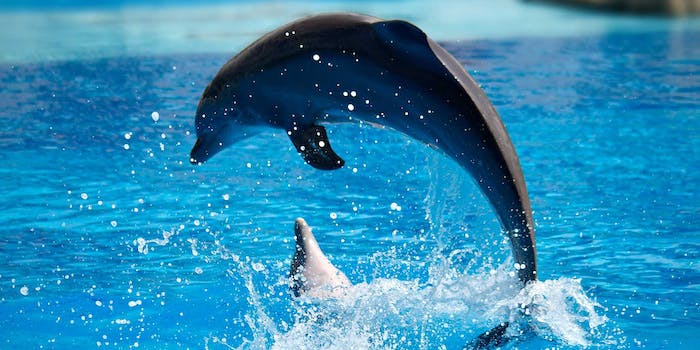 Nothing is cuter than a playful cat befriending wild dolphins

Prepare yourself for the real-life video equivalent of a Lisa Frank sticker: a group of dolphins making friends with a cat.

The footage, which is old but currently trending on Reddit‘s r/videos page, shows dolphins reaching out of the water to play with a cat, which cheerfully bats them away with its paw. Watching a cat touch noses with a group of happy dolphins is a guaranteed antidote to Monday morning misery.

Also, now we know that dolphins are the one thing that will prevent a cat from hating water.

According to the video description, these dolphins are wild, so we’re even more impressed by their friendly behavior.

Photo via Jin Jang/Wikimedia (CC BY 2.0)